Eric Styles* Simpson Grierson’s photoshopping misadventure may not be of the scale of Russell McVeagh’s sexual harassment disasters, but in media terms it scored the firm all the publicity it didn’t need.

Social media can win fans and generate business, but it’s not all sunshine and rainbows.  Potential social media disaster lies at every turn and if your law firm is to succeed you need to avoid major problems like those met by Simpson Grierson.

There are some lessons here for any firm seeking to avoid social media mistakes such as that achieved so successfully by Simpson Grierson.

Finally, remember that the world has become a global, digital village where errors, misjudged comments and ham fisted attempts to paint a perfect picture of what might be an imperfect situation are liable to be quickly identified.

The punishment for social media mistakes is publicity – such as that visited upon Simpson Grierson.

The social media mistakes made in this case are something that were relatively easily made – albeit with some very clear intention – but equally could have been equally easily avoided.  Take heed, law firms.

*Eric Styles is a contributing writer to LawFuel and social media consultant. 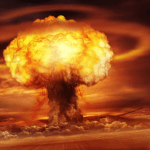