The Australian Corporate Lawyers Association (ACLA) today announced a new brand identity as it officially joins forces with the Association of Corporate Counsel (ACC). The alliance expands global benefits and connectivity to members while also retaining local focus and content in programming.

With the formation of the alliance, ACLA members can now access a broader library of tools and documents on global legal issues and trends, meeting the needs of the 70 percent of Australian in-house counsel who operate across borders, as reported by a 2013 ACLA study. Members will also be able to take advantage of global networking opportunities and international connections.

“The alliance brings the best of both worlds to in-house counsel in Australia with an array of local content and events, combined with a suite of global tools and resources,” said Adrian Goss, National President of ACC Australia (ACLA).

“Australian in-house counsel are often tasked to do more with less,” added Goss. “With the alliance our members will be better positioned to deliver more value to their organisations as a result of growth in member benefits.”

“By joining the aligned values of ACLA and ACC, we amplify a stronger voice for the global in-house community,” said John Page, chairman of ACC and senior vice president, chief corporate social responsibility officer and chief legal officer at Golden State Foods Corp. “We can now build upon this solid foundation and expand efforts to advance the interests of in-house counsel and better serve our corporations.”

The alliance will also support in-house counsel working throughout the Asia-Pacific region.

“With the alliance, ACC welcomes ACLA members and a team of talented professionals,” said Veta T. Richardson, president and chief executive officer of ACC. “By adding to our already strong staff, we are greatly enhancing our ability to serve in-house counsel throughout the Australasian region as well as all members whose companies do business in Asia Pacific.”

Tanya Khan has taken on the leadership role for the ACC Australia (ACLA) team who will continue to be based in Melbourne.

“We are excited to have reached this massive milestone in ACLA’s long-history,” said Khan. “We look forward to the global collaboration between the two parties and encourage all ACC members to take advantage of Australia-focused benefits and events, such as our National Conference.” 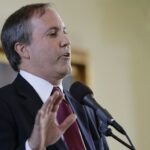 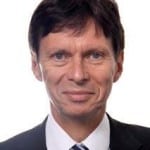