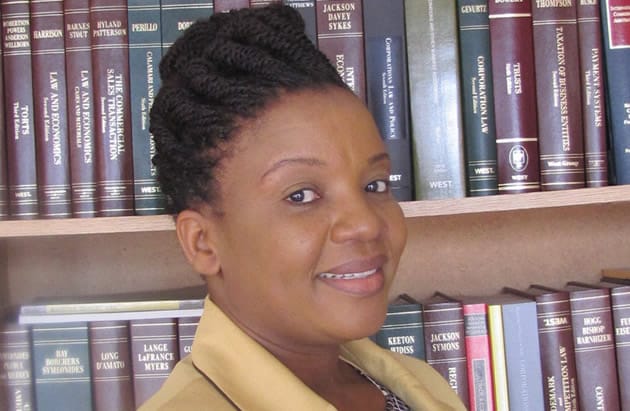 Women practising law and the challenges they face is a matter of high interest, but when you’re a women lawyer practising in Harare, Zimbabwe, are the challenges similar to those in other more economically powerful economies like Britain or the United States?

Or are they broadly similar?

For Vimbai Nyemba, who grew up in a mining town, before graduating with a law degree with honours at the University of Zimbabwe, the challenges are often the same as those found elsewhere.

Speaking with Prudence muganiwah, she explained how she cam to be running her own law firm in Harare and just what prompted her to do it.

Now a well-established lawyer based in Harare, Vimbai, who has always enjoyed debates and challenging discussions, has her own firm, V Nyemba and Associates. She started off her career as a Professional Assistant with various Law firms until she started her own practice in 1997.

After 15 years in practice she decided to join the decision making body of the profession; The Law Society of Zimbabwe. “I enjoy dealing with various issues in my profession and I always aim to ensure that matters are resolved amicably. I have almost tested all problems as I have had to carry my clients’ problems for the past 23 years of my career. My passion is always to resolve and to solve.”

She was voted into Council and in 2009 was the only lady to join a council of 10 men. In 2013 and 2014 she was the vice- president of the Law Society of Zimbabwe and in 2015 she rose to being the president of the esteemed profession. Mrs Nyemba participated in the Constitution-making process as a Technical Advisor and sits on various boards.

A proud Anglican whose values include the fear of God, integrity and humility, she is also the Deputy Registrar of the Anglican Church Harare Diocese (CPCA). She is married to Engineer Wilson R Nyemba and they have two daughters, Ashley and Amanda.

She speaks adoringly of her family. “I enjoy days that I am with family. Sunday is my best day where we all go to church together, have lunch and relax at home keeping the day holy.”

Vimbai expresses her belief in being a “correct human being” adding, “Your character will take you wherever you want to be. You may be less qualified but with a good character, God will take you anywhere.”

She explains how the early 90s were the golden era in her profession, and how the current economy has had a direct effect on it. “With the change in our economic environment, sustaining a legal practice has been the greatest challenge for me. As our economy kept going down, economic challenges arose, while the world was also introducing a lot of changes including technology in practice, which lawyers need to keep abreast of so that they are prepared to assist, counsel and advise their clients. I was not left out in these challenges. As a woman running a law practice since 1997, I have had to keep my head above the water and compete with my male counterparts — not easy!”

With mantra such as hers, “With God all things are possible” it is no wonder that Vimbai has achieved as many milestones as she has. “My biggest life achievement is my involvement as a Board member/ Councillor of my top professional organisation. With my role as the current president of the Law Society of Zimbabwe, I love it and I enjoy it as I have a team of councillors who make my powerful politburo.”

The ambition-driven lawyer is also a councillor of the Commonwealth Lawyers Association and of Sadc Lawyers Association, and does a lot of counselling, although not as a business venture.
In terms of her values, Vimbai draws her inspiration from her mother. Professionally she speaks in high regard of Justice Makarau (J.A). “When I started my legal practice, I was inspired by her firm which was called Makarau Gowora & Associates. She was of course in partnership with Justice Gowora (J.A) and at that time they were not judges.”

Speaking out to young women out there, Vimbai says, “They must be passionate to pursue their dream. They are lucky that society now appreciates female lawyers better than before.”

To her fellow female lawyers, she encouraged them to stand up to the challenge.

“They must be diligent, hardworking and must produce results for their clients. Remember, with God nothing is impossible!” 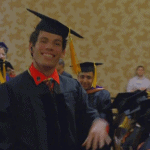