The Florida Department of Health permanently revoked Richard Day’s license in 2010 after an investigation revealed that Day did not disclose prior out-of-state felony convictions, including one for sexual battery on a former patient, and, therefore, did not meet licensure requirements.

Day faces charges of Medicaid fraud and practicing mental health counseling without a license, both third degree felonies. If convicted, he faces up to 11 years in prison and $11,000 in fines. The Attorney General’s Office of Statewide Prosecution will prosecute this case. 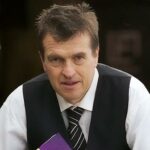