As the case against Sulaiman Abu Ghaith goes to the jury, you might wonder how a Jewish lawyer like Stanley Cohencame to be representing a man charged with participating in a terrorist conspiracy to kill as many Americans as possible and how he could have made a career out of representing Muslim terror suspects generally.

Who better to know about this interesting lawyer, labelled a “traitor” and “enemy of the Jews, Israel and America” by fellow Jews, but a Jewish newspaper like the Jewish Daily?

Cohen feels just as much at home in Beirut and Gaza as he does in New York and who is as comfortable with leaders of Hamas as with the Jewish friends and neighbors he grew up with.

Cohen, 62, with a full graying beard and ruffled hair, is a veteran of courtroom battles for defendants too controversial for others to take on. He won his fame, and some say notoriety, when defending Hamas activist Mousa Abu Marzook and later becoming a close ally of the Palestinian resistance group classified in the United States as a terror organization.

But for Cohen, who has never shied away from controversial cases or from the limelight that follows them, Abu Ghaith’s case is a first. Cohen proudly hosts a section devoted to “haters” on his personal website. He admits to feeling less at ease with defending an Al Qaeda activist even though he believes his client is no more than a “deer in the headlights,” who happened to be “in the wrong place in the wrong time.”

Such ambivalence doesn’t entirely square with how Cohen came to represent the close relative of the man who was once America’s most wanted terrorist. After Abu Ghaith was extradited to the U.S., he was given a court-appointed attorney, but asked for Cohen, instead.

While it’s not unusual for a defendant to switch lawyers, in this case there was an added complication: Cohen is under federal indictment in Syracuse and federal investigation in Manhattan.

The Jewish Daily reports that Cohen had a strong Jewish upbringing, but enjoyed the support of his parents notwithstanding the controversial nature of his work.

Fulfilling the dream of his Jewish parents, Cohen became a lawyer, but from the start it was clear he was not in it for the money or the mainstream recognition. Cohen worked for the Legal Aid Society in New York and later opened his own practice specializing in criminal defense. He increasingly began taking on more political cases, from the Warrior Society of the Mohawk Nation, to the Weather Underground and Muslims on trial after 9/11. His partner in some of these cases was Lynne Stewart, who was later convicted of supporting terrorists by passing on messages from her client, the blind sheik Omar Abdul Rahman, to his followers.

A protégé of activist lawyer William Kunstler, Cohen stressed that he is “not the American Civil Liberties Union,” meaning he does not take on cases purely because he believes that every defendant has the right to legal representation. Cohen looks for a “general communality of ground” with his clients. Hamas fits this docket perfectly, whereas other clients, such as Abu Ghaith, are less of a match.

Cohen said that his parents, who have passed away, supported his work on behalf of Palestinian defendants. Both were “disillusioned from what has become of Israel and walked away from Zionism completely, ” he said. 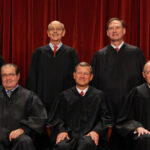 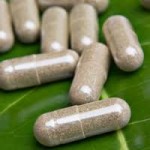