The woman shot accidentally by Alec Baldwin on the movie set ‘Rust’ was the wife of an LA lawyer at Latham & Watkins. 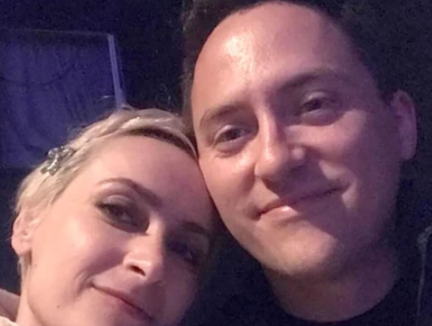 Matt Hutchins (pictured left with Halyna) joined L&W as an associate and had previously worked as an in-house lawyer at entertainment company having also worked at Kirkland & Ellis and Skadden.

Halyna Hutchins, 42, was cinematographer on the set when the firearm was discharged on the New Mexico set.  The Santa Fe Sheriff’s Department is investigating the shooting with a possibility of charges for manslaughter as well as civil lawsuits.  Baldwin was also producer on the movie.

Halyna Hutchins grew up on a Soviet military base in the Arctic Circle and once worked as an investigative reporter in Europe. She graduated from the American Film Institute in 2015 and, in 2019, was named as one of American Cinematographers’ Rising Stars.