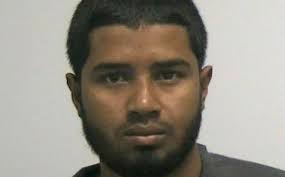 ULLAH was initially arrested on a Complaint and presented before the Honorable Katharine H. Parker on December 13, 2017. ULLAH was ordered detained and has been in federal custody since his arrest. He will be arraigned before Judge Sullivan on January 11, 2018, at 3:00 p.m.

U.S. Attorney Geoffrey S. Berman said: “Less than one month ago, during the holiday rush hour, Akayed Ullah allegedly detonated a bomb in a major transit hub of New York City. In selecting this time and place, Ullah’s alleged purpose in the Port Authority bombing was painfully clear: to inflict as much damage as possible, and to strike fear into the hearts of New Yorkers in the name of ISIS. Ullah’s alleged plot failed, and he is now charged with federal terrorism offenses and facing life behind bars.”

Acting Assistant Attorney General Boente said: “As alleged in the indictment Akayed Ullah constructed a pipe bomb and detonated it in a mass transit hub in the heart of New York City to terrorize as many people as possible and to bring ISIS-inspired violence to American soil. Thanks to the tremendous efforts of the law enforcement community, the defendant was safely apprehended at the scene of the attack that injured three people, and will now be held accountable to the fullest extent of the law. The National Security Division remains steadfast in its mission to pursue justice against those who seek to harm our country and our citizens in the name of terrorism.”

As alleged in the Indictment and the Complaint:[1]

Islamic State of Iraq and Al-Sham

ISIS is a foreign terrorist organization based in the Middle East and Africa whose publicly stated purpose is the establishment of an Islamic state or caliphate based in the Middle East and Africa that encompasses all Muslims worldwide. ISIS has pursued the objective of an Islamic state through, among other things, killing and deliberate targeting of civilians, mass executions, persecution of individuals and communities on the basis of their religion, nationality, or ethnicity, kidnapping of civilians, forced displacement of Shia communities and minority groups, killing and maiming of children, rape, and other forms of sexual violence. ISIS has recruited thousands of foreign fighters from across the globe to assist with its efforts to expand its so-called caliphate in Iraq, Syria, and other locations in Africa and the Middle East, and has leveraged technology to spread its violent extremist ideology and for incitement to commit terrorist acts.

On December 11, 2017, at approximately 7:20 a.m., AKAYED ULLAH detonated an improvised explosive device (“IED”) detonated inside a subway terminal (the “Subway Terminal”) in or around the New York Port Authority Bus Terminal located at West 42nd Street and Eighth Avenue in New York, New York (the “December 11 Attack”). Shortly after the blast, members of the Port Authority of New York and New Jersey Police Department (“PAPD”) located ULLAH lying on the ground in the vicinity of the explosion. Surveillance footage captured ULLAH walking through the Subway Terminal immediately prior to the explosion, and then falling to the ground after the explosion.

ULLAH was subsequently taken into custody by law enforcement. During the course of ULLAH’s arrest, law enforcement officers located on his person and in the surrounding area what appeared to be the components of an exploded pipe bomb (the “Pipe Bomb”). Specifically, law enforcement located, among other items, (i) a nine-volt battery inside ULLAH’s pants pocket; (ii) wires connected to the battery and running underneath ULLAH’s jacket; (iii) two plastic zip ties underneath ULLAH’s jacket; (iv) several fragments of a metal pipe, including pieces of a metal end cap, on the ground; (v) the remnants of what appeared to be a Christmas tree lightbulb attached to wires; and (vi) pieces of what appear to be plastic zip ties, among other items.

After ULLAH was taken into custody, he was transferred to Bellevue Hospital, where he made statements to law enforcement officers after waiving his Miranda rights. During that interview, ULLAH stated, among other things, the following:

· ULLAH constructed the Pipe Bomb at his residence in Brooklyn (“the Residence”).

· ULLAH’s radicalization began in at least approximately 2014. ULLAH viewed pro-ISIS materials online, including a video instructing, in substance, that if supporters of ISIS were unable to travel overseas to join ISIS, they should carry out attacks in their homelands. He began researching how to build IEDs on the Internet approximately one year prior to the attack.

· On the morning of December 11, 2017, shortly before carrying out the attack, ULLAH posted a statement on his Facebook account referring to the President of the United States, stating, in substance, “Trump you failed to protect your nation.” ULLAH also posted a statement that he believed would be understood by members and supporters of ISIS to convey that ULLAH carried out the attack in the name of ISIS.

On December 11, 2017, law enforcement agents conducted a search of the Residence pursuant to a judicially authorized search warrant. Law enforcement agents recovered, among other items, (i) multiple pieces of metal pipes; (ii) pieces of wire and fragments of what appear to be Christmas tree lights; (iii) multiple screws consistent with the screws recovered at the scene of the December 11 Attack; and (iv) a passport in ULLAH’s name with multiple handwritten notations, including: “O AMERICA, DIE IN YOUR RAGE.”

The maximum potential sentences in this case are prescribed by Congress and are provided here for informational purposes only, as any sentencing of the defendant will be determined by the judge.

Mr. Boente and Mr. Berman praised the outstanding investigative efforts of the FBI, the NYPD, the Department of Homeland Security, Homeland Security Investigations (“HSI”), and the PAPD. ULLAH’s arrest and indictment are the result of the close cooperative efforts of the U.S. Attorney’s Office for the Southern District of New York, the FBI’s Joint Terrorism Task Force – which consists of law enforcement officers of the FBI, NYPD, HSI, PAPD, and other agencies – and the U.S. Department of Justice’s National Security Division.

The prosecution is being handled by the Terrorism and International Narcotics Unit. Assistant U.S. Attorneys Shawn G. Crowley, Rebekah Donaleski, and George D. Turner are in charge of the prosecution, with assistance from Trial Attorney Jerome J. Teresinski of the Counterterrorism Section of the Justice Department’s National Security Division.