Hong Kong partner and Global Head of Arbitration, Matt Gearing QC has been elected as the new Chairperson of the Hong Kong International Arbitration Centre (HKIAC). He will take on the role in 2017, succeeding Ms Teresa Cheng SC, who has served as HKIAC Chair since 2014.

Matt has been actively involved with the HKIAC for a number of years and is currently an HKIAC Council member and Chair of the HKIAC’s Executive and Proceedings Committees. He also led the revision of the HKIAC Rules as Head of the drafting committee.
Commenting on his election, Matt said, “It is a privilege and an honour to be elected Chair of the HKIAC. Teresa has done a fantastic job taking the HKIAC to a new level of success over the past three years and I will continue to build on her great work in ensuring the HKIAC and Hong Kong continue to be a leading centre of international arbitration”.
Neil Kaplan, Hononary Chairperson of the HKIAC said, “Matt has spent his career in arbitration seeing both sides of the table and is uniquely placed to take HKIAC to an even higher level. I have known Matt for many years and I am supremely confident that he will make an excellent Chair. He has my congratulations and continued support.”
“My warmest congratulations to Matt on his election as HKIAC Chair,” said Tim House, Global Head of Litigation. “Our international arbitration practice boasts some of the most respected practitioners in the world. We are proud two of the world’s leading arbitral institutions are led by Allen & Overy partners, Judith Gill QC as President of the London Court of International Arbitration (LCIA) and now Matt as Chair of the HKIAC.” 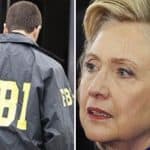 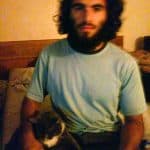