An amicus brief in National Association of Broadcasters, et al., v. Prometheus Radio Project, et al., today was filed by the International Center for Law and Economics in support of NAB’s cert. petition asking the Court to grant cert. to review the Third Circuit’s order in Prometheus IV overturning the FCC’s latest efforts to repeal or relax its media ownership rules.

A legal team from Hughes Hubbard led by Antitrust partners Bill Kolasky and Philip Giordano assisted in its preparation.

At issue in the case is whether “under Section 202(h) of the Telecommunications Act of 1996 the FCC may repeal or modify media ownership rules that it determines are no longer “necessary in the public interest as the result of competition” without statistical evidence about the prospective effect of its rule changes on minority and female ownership.” 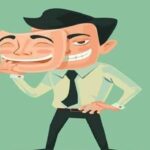