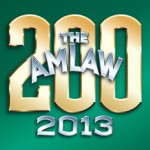 The AmLaw 100 has always been a focus of high interest in the law profession, but it is the second 100 that is causing some high interest right now – because it appears they are hiring like fury and AmLaw raise the question:  Will it pay off?

The law site has said that the divide between the 100 and the second 100 have “never been so stark”.  While the former are playing safe given the GFC and a slow economic uptick, the second group are gambling on continued growth and hiring accordingly.

The strategy for the AmLaw 200 group is that the economy will keep growing and lower chargeout rates will see that by creating more new partners their growth will propel them higher – perhaps even into that hallowed 100 group.