This is the latest in a recent series of additions that have added significant breadth and depth to the practice, particularly regarding regulatory matters. Ritter joins former CFTC Commissioner Bart Chilton, who came to DLA Piper in April as a senior policy advisor.

During her 25 years at the CFTC, Ritter served as Counsel to Republican and Democrat chairs of the agency and several commissioners, including serving as Chief of Staff and Senior Legal Counsel to Chilton. In her new role, Ritter will complement DLA Piper’s ability to serve clients in all aspects of derivatives and other complex financial instruments and provide counsel regarding domestic and international financial regulations in the wake of global financial market reform measures.

In addition to her work at the CFTC, Ritter worked as Senior Legal Counsel to the Chairman of the US Senate Committee on Agriculture during the drafting of the Dodd-Frank Wall Street Reform and Consumer Protection Act. Accordingly, she was one of the key participants in the negotiation and drafting of the Dodd-Frank derivatives provisions, which paved the way for the regulation of previously unregulated over-the-counter trading.

“We have a tremendous team to help our clients figure out the myriad and often very complex rules, not just in the US, but around the world,” said Marc Horwitz, head of DLA Piper’s Derivatives practice. “Elizabeth has unmatched experience as one of those involved in both the drafting of the Dodd-Frank legislation as well as in the development of the implementing regulations, and as such has a deep and broad understanding of global financial market regulation.”

“Elizabeth’s first-hand knowledge regarding the implementation and interpretation of new rules adopted as part of the most significant financial overhaul in over 80 years brings tremendous value to our clients,” said Chilton. “As comparable regulations are being implemented in other jurisdictions, Elizabeth, Nicolette and the rest of our team will be able to leverage the firm’s global footprint and play a central role in providing substantive advice in cross-border matters.”

Ritter is also an adjunct professor at Georgetown University Law School, focusing on the regulation of derivatives and complex derivative transactions, and has taught as an adjunct professor at the American University Washington School of Law, the Catholic University of America Columbus School of Law, and the George Washington University National Law Center in the area of federal securities and derivatives regulation. She has written extensively on derivatives and securities regulation, including issues relating to the securitization of commodity transactions and trading facilities definitions under the US Commodity Exchange Act. 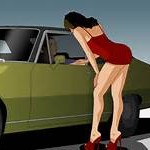 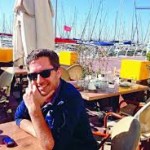