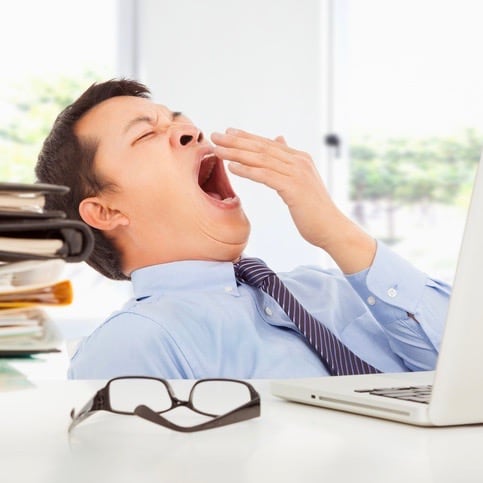 We read and hear a lot about the over-worked and usually over-compensated law partner, but Altman Weil’s latest survey of the US market shows that many partners are slacking – coasting their way to retirement in fact.

The survey, the 10th undertaken in the US market, provided a startling conclusion: that 40 per cent of US law firms are blaming “chronic” under performance on the part of lawyers.

The survey indicates that lawyers are handling work across the board that could be handled by someone more junior or less qualified or, increasingly, be technology.

The reason for the current situation is the lack of rigorous management of either the lawyers or the client transactions, driven further by Baby Boomers who are extending their careers.

All of which is sobering reading.

As a result of these problems, “overcapacity is diluting profitability in 58% of all law firms”.

There was some light at the end of the survey tunnel, however. It found that “most [firms] have achieved a reasonable level of ‘comfort’ on the rising tide of general economic recovery”.

But Altman Weil also found that this serves to hide systemic problems and creates what they say is a false sense of security and misdirection of focus by the firms.

Concern is also expressed in respect of the UK situation. Although large revenue gains were shown in 2017 a PwC survey indicated that much of those can be laid down at the feet of currency exchange rates rather than increased productivity.

The correct state of the profession, said PwC, is “one where profitability is under threat, competition is ramping up, and the impact of digitisation is potentially overwhelming”.

There has also been a massive increase in lawyer numbers, from over 44,000 to over 63,000 in the 10 years until 2017.Plus there have been mergers and consolidations, such as the merger between CMS Cameron McKenna, Nab arro and Olswang, among others.

The result is a profession that is not in crisis, but equally does not have the willpower or energy to make changes. One thing they do note: It is time for many of the Baby Boomers to move on.

The Highlights From the Survey

From the Altman Weil Survey –

Highlights from the 2018 survey include:

– Widespread performance volatility: While 45% of law firms report their revenue per lawyer (RPL) was up in each of the last three years, an almost equal number (44%) said their RPL was both up and down over the same period. In 11% of firms, RPL was flat or down in all three years. Firms under 250 lawyers were more likely to report performance volatility over time.

– Non-traditional competitors taking market share: Aside from traditional law firm competitors, 70% of firms are losing business to corporate law departments in-sourcing legal work; 26% of firms have lost business to clients’ use of technology tools reducing their need for law firm services; and 16% are losing out to alternative legal service providers. 9% of all firms are losing work to the Big Four accounting firms, and that number jumps to 27% in firms with over 1,000 lawyers.

– The law firm value proposition: When asked if their law firm projects a distinct and compelling value that differentiates them from other similar firms, a full 50% of firm leaders said no. In a market characterized by intense competition for limited and shrinking demand, this lack of differentiation can be an enormous problem.

– Firms not feeling enough pain: Despite under-performance, overcapacity, financial volatility, and encroaching competition from a variety of sources, 59% of law firms say they are “not feeling enough economic pain” to motivate more significant change in the way they deliver legal services.

“Most law firms measure their success in annual increments, but that kind of short-term thinking can create a false sense of security,” says Altman Weil principal and survey co-author Eric Seeger. “Few law firms have a long-term, market-based strategy, or recognize that by proactively embracing new methodologies and technologies they will create the differentiators they need to compete effectively going forward.”