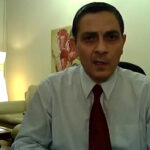 Preet Bharara, the United States Attorney for the Southern District of New York, today announced that RICHARD AMMAR CHICHAKLI, an associate of the convicted international arms dealer Viktor Bout, was extradited from Australia on charges that he allegedly conspired with Bout and others to violate the International Emergency Economic Powers Act (“IEEPA”) by attempting to purchase two aircraft from companies located in the United States, in violation of economic sanctions that prohibited such financial transactions.

CHICHAKLI is also charged with money laundering conspiracy, wire fraud conspiracy, and six separate counts of wire fraud in connection with the attempted aircraft purchases.
CHICHAKLI, a citizen of Syria and the United States, was arrested by Australian authorities on January 9, 2013, at the request of the United States.  He will appear before U.S. Magistrate Judge Sarah Netburn for presentment and arraignment on May 25, 2013.
Tweet
Share
Pin
Share
Share
0 Shares
/a>