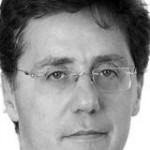 Leon Zwier is an Australian lawyer who has made a reputation as a successful litigator, including representing telco Telstra in their negotiations with Sydney residents whose homes were contaminated with asbestos during the building of Australia’s National Broadbank Network.

Zwier, of Arnold Block Leibler, has now offered pro bono services to Telstra as it tries to reach a settlement with two families evacuated from their homes after asbestos was found on their properties.  The families remain housed in hotels until they get the all clear to return home.

His firm’s profile describe his “unparalleled enthusiasm” for the law.

A spokeswoman from Telstra yesterday confirmed Mr Zwier had approached the communications company and had offered his services for free.

Mr Zwier, who negotiated a settlement between James Hardie and Banton in 2005 and also represented a federal government department in 2010 after the botched home insulation program, declined to comment last night.

Mr Zwier’s appointment has annoyed the Penrith residents who said it was “inappropriate” and “unfair” for Telstra to be represented by an expert, while they had no legal representation.

Catherine O’Farrell said it was a bad look for Telstra to use Mr Zwier’s services.

“With no warning from Telstra he (Mr Zwier) called Matthew (her nephew, whose family lives next door) and me and said he was representing Telstra and that he was a facilitator for our ongoing discussions,” Ms O’Farrell said yesterday.