TALLAHASSEE, Fla.—Attorney General Pam Bondi has been in contact with Frontier Communications Corporation, and today sent a letter to the company requesting better customer service for Floridians. Frontier acquired Verizon Communications wireless properties in parts of Florida earlier this year. Since then, more than 100 consumers have contacted the Attorney General’s Office with complaints about internet, security, phone and television services.

“The problems created during Frontier’s acquisition of Verizon are leaving some Florida seniors without the security services they paid for, and to complicate matters, without telephone service, many of them may not even be able to dial 911 in case of an emergency,” said Attorney General Bondi. “I asked Frontier to do the right thing, fix these problems as soon as possible, and issue refunds to all consumers who have experienced an interruption in their services, without the customer having to request a refund.”

Consumers have also complained about being placed on hold for up to two hours and poor customer service once they do reach a Frontier representative. Many report receiving higher than expected fees when trying to cancel accounts.

Following up on conversations last week with company representatives, Attorney General Bondi sent a letter demanding better service for all Frontier customers in Florida. To view the letter, click here.

From March 29, through May 9, of this year the Attorney General’s Office received 128 complaints about Frontier. The office forwarded each of the complaints to the company, and so far, the company has been responsive to at least 56 of these complaints.

The company recently set up an email address and phone number in an effort to better assist customers. To reach the company, email Consumer.Affairs@FTR.com or call (800) 921-8101.

Any Frontier customers experiencing problems should also file a complaint with the Florida Attorney General’s Office by visitingMyFloridaLegal.com or calling (866) 9NO-SCAM. 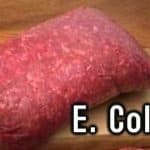