Geoffrey S. Berman, the United States Attorney for the Southern District of New York, announced today the guilty plea of TERRY JOHNSON to falsifying records in an investigation within the jurisdiction of a federal agency. Specifically, JOHNSON, a former auditor and owner of a registered public accounting firm, pled guilty to knowingly submitting falsely backdated documents to the U.S. Securities and Exchange Commission (“SEC”) during an SEC investigation into his auditing practices. In response to SEC document requests, JOHNSON created and sent unsigned versions of the documents at issue to two of the companies he had audited and obtained backdated signatures on them. JOHNSON then submitted the backdated documents to the SEC as though they were authentic. JOHNSON then lied about his submission of these false documents during sworn SEC testimony.

Manhattan U.S. Attorney Geoffrey S. Berman said: “As he admitted today, Terry Johnson submitted false documents to the SEC in an attempt to obstruct its investigation of his auditing work. He then lied to cover it up. Regulators like the SEC play a key role in protecting the integrity of our markets, and efforts to interfere with agency investigations by means of fake documents and false testimony will not be tolerated.”

According to the Information, SEC public filings, and statements made during the plea proceeding:

At all relevant times, JOHNSON owned and ran an accounting firm that ostensibly audited the financial statements of publicly traded companies in order to ascertain whether the statements were accurate, truthful, and complete in accordance with Generally Accepted Accounting Principles (“GAAP”). JOHNSON did so under the oversight of the SEC and the Public Company Accounting Oversight Board (“PCAOB”), a non-profit corporation created by the Sarbanes-Oxley Act of 2002. JOHNSON was registered with the PCAOB.

Through his firm, JOHNSON audited several companies concerning their 2013 year-end financial statements, releasing audit reports for them in April 2014. In August 2014, the SEC’s Division of Enforcement sent a voluntary document request to JOHNSON, announcing that it was conducting a nonpublic fact finding inquiry and requesting that JOHNSON provide certain categories of backup documentation and work papers concerning his audits as part of that inquiry. In October 2014, the SEC issued a subpoena to JOHNSON, seeking substantially the same categories of documents, each of which was a critical part of the audit process.

JOHNSON provided documents responsive to the voluntary document request in September 2014 and additional documents responsive to both the voluntary request and the subpoena in November 2014. The documents were supposed to have been those generated or obtained in the course of producing the April 2014 audit reports. In truth, certain of the requested documentation did not exist. Rather than admit this to the SEC, upon receiving the SEC’s requests for documents, JOHNSON created certain of the requested documents, sent unsigned copies of the documents to officials at the relevant client companies, and requested that the documents be signed and backdated to a date consistent with JOHNSON having obtained the signed documents during the course of his relevant audit work. When JOHNSON received the signed and backdated documents, he submitted them to the SEC as though they were authentic.

In March 2015, JOHNSON, during sworn testimony before the SEC, lied repeatedly under oath concerning his submission of the backdated documents. Ultimately, the SEC inquiry resulted in an SEC order sanctioning JOHNSON for committing securities fraud and improper professional conduct. JOHNSON was assessed financial penalties and barred from appearing or practicing before the SEC as an accountant.

JOHNSON, 60, of Casselberry, Florida, pled guilty to one count of submitting false records in an investigation of a matter within the jurisdiction of a federal agency. The charge carries a maximum term of 20 years in prison. The maximum potential penalty is prescribed by Congress and is provided here for informational purposes only, as any sentencing of the defendant will be determined by the judge.

Mr. Berman thanked the SEC and praised the investigative work of the SEC’s Office of the Inspector General and the Criminal Investigators of the United States Attorney’s Office.

This case is being handled by the Office’s Securities and Commodities Task Force. Assistant United States Attorney Martin S. Bell is in charge of the prosecution. 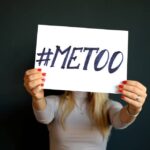