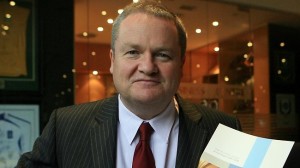 Peter Gordon is an Australian lawyer on a mission.  And now it’s mission accomplished.  The former Slater & Gordon lawyer put off his retirement in order to resolve a major class action claim against Thalidomide-maker Grunenthal and its distributor, Diageo.

It is 50 years since Sydney doctor William McBride alerted medical authorities to the appalling side-effects of the drug marketed by the German company, Grunenthal, whose name was to become synonymous with the drug whose name strikes as sinister.

The class action against Grunenthal has been discontinued, along with the agreement to end another class action against the drug’s distributor, Diageo, which inherited the action from a company takeover, but has accepted a corporate and moral responsibility. Grunenthal never did, to its great discredit.
[wp_ad_camp_1]
The settlement in the Victorian Supreme Court for the more than 100 surviving Australian and New Zealand thalidomiders, as they are known, was for $89 million with another $6.5 million in costs.

The claim first arose half a century ago when Sydney doctor William McBride sounded the warning about the drug’s appalling side effects.  Now, the class action against Grunenthal has been discontinued, along with the agreement to end another class action against  Diageo, which inherited the action from a company takeover.

Grunthenthal, which already has a blackened history with its shadowy Nazi Party links, has never accepted any corporate responsibility for the shocking drug, nor any moral responsibility.

Melbourne lawyer Peter Gordon launched his landmark class-action suit on after he met Lynne Rowe and her parents. This is a long-overdue outcome for innocents whose lives have been blighted by the failures of the Grunenthal company with its former shadowy links to the Nazis.

Mr Gordon describes thalidomide as the “worst pharmaceutical disaster in the history of the world’’ and that its “real dimension’’ has been “vastly underestimated, underreported and underrated”.

This and his compassion for its victims and their families motivated him to take on a company that was arrogant in its treatment of those who are still suffering from its failure in a basic duty of care to investigate the appalling side-effects of the drug it manufactured and saw distributed by other companies under other names.

“Most of the records about what Grunenthal had done had, following a (failed) criminal trial in Germany, been stored away in the Dusseldorf archive.

“They had never been translated.”

But the documents were copied into English for the first time and more and more Australian and New Zealand victims were traced.

More than 100 were eventually involved in the class action, which has reached a settlement with the drug’s distributor Diageo.

Mr Gordon said he would now take a break but would like to use the translated documents to help other English-speaking litigants.

“I think we would like to be a resource for other firms around the world.”

Sydney – Lawfuel.com : Leading international law firm Clifford Chance has advised the Lowy Family Group on the A$663.7 million sale of its 7.1% interest…

LawFuel.com – Australia trail-blazed the way for listed law firms with the listing six years ago of personal injury law firm Slater & Gordon and…

You’d have to say that anyone whose had a major hit movie named after them and, of course, about them, has had a better day…

James “Whitey” Bulger may be one, tough dude, but his lawyer J W Carney is not exactly a slouch in the tough lawyer stakes.  …

It’s not perhaps the ideal way for an attorney to make the news, but when lawyer Adam Swickle got a slap on the backside from…