Geoffrey S. Berman, the United States Attorney for the Southern District of New York, announced today the arrest of EDWARD SHIN, the CEO of a Pennsylvania-based bank (the “Bank”), for taking bribes in connection with the Bank’s issuance of loans that were guaranteed by the United States Small Business Administration (“SBA”).  SHIN was arrested pursuant to a criminal complaint charging him with taking bribes by siphoning off a portion of commissions on SBA-guaranteed loans and causing the Bank to issue SBA-guaranteed loans to companies in which SHIN had a secret interest.

U.S. Attorney Geoffrey S. Berman said:  “Edward Shin, the CEO of a Pennsylvania bank, allegedly exploited his position as a bank officer to illegally issue Small Business Administration loans to entities in which he had a financial interest.  Furthermore, Shin allegedly took kickbacks on commissions for those loans from a third party who did no legitimate work in the loan process.  The Small Business Administration exists to provide funding to those pursuing the American dream through owning their own businesses.  Edward Shin is now charged with attempting to corrupt that process for his own personal gain.”

According to the allegations in the Criminal Complaint filed in Manhattan federal court today[1]:

The SBA helps Americans start, build, and grow businesses by guaranteeing certain loans made by banks to help those businesses succeed.  Between 2009 and 2012, EDWARD SHIN was the CEO of the Bank.  During that period, the Bank offered a range of financial products, including SBA-guaranteed loans to small businesses in the New York-New Jersey area, which the Bank could extend only on the condition that all aspects of those loans complied with SBA regulations and SBA’s standard operating procedures.  In particular, SBA regulations and procedures prohibited bank officers, including SHIN, from receiving any payments in connection with SBA-backed loans and prohibited banks from extending such loans to any institution in which a bank officer held an interest.

Notwithstanding these regulations, SHIN secretly solicited and received bribe payments in connection with SBA-guaranteed loans issued by the Bank and caused the Bank to extend SBA-guaranteed loans to companies in which SHIN had secret ownership interests.  Specifically, when the Bank issued a business loan involving a certain broker (the “Broker”), SHIN secretly arranged to receive a portion of the Broker’s fee.  On other occasions, when the Bank issued a business loan that did not involve the use of an actual broker, SHIN arranged to have the Broker inserted unnecessarily into the transaction solely to generate a broker fee that could be shared with SHIN; in fact, the Broker did no actual work to earn a commission on those transactions, but split the “broker’s fee” with SHIN as an illegal kickback.

SHIN also arranged for the Bank to issue SBA-guaranteed loans to businesses in which he secretly retained an ownership interest, in violation of SBA regulations and procedures.  For example, in or about December 2010, the Bank issued an SBA-guaranteed loan for approximately $950,000 to a business in New York, New York.  Although documents submitted to the Bank for purposes of securing the loan did not mention SHIN’s ownership interest, the business was secretly operated as a 50-50 partnership between SHIN and the Broker.  After the loan was issued in or about October 2014, this loan went into default status, ultimately resulting in a loss to the SBA of approximately $611,491.

This case is being handled by the Office’s Money Laundering and Transnational Criminal Enterprises Unit.  Assistant U.S. Attorneys Daniel M. Tracer and Tara M. La Morte are in charge of the prosecution. 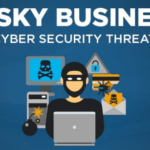