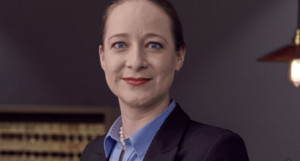 The pressure for lawyers to succeed – or anyone to succeed for that matter – is increasing and also increasing at as younger age.  But one Sydney barrister has ‘come clean’ over her secrets of failure and the fears that came with it.

The Sydney Morning Herald carried an article about Sharna Clemmett, 38, a successful barrister who kept to herself her ‘dirty little secret’ – she had failed the Higher School Certificate (HSC) exam.

She was a ‘high school dropout from Lismore’ and felt she was living a lie by not disclosing the fact.

But now, as a successful barrister, she wanted to inspire others who may feel the same way or feel concerned about whether they pass their exam, to such an extent that she sent a message to 78,000 New South Wales high school students about to sit the HSC, telling them the exam was not the be all and end all.

“It is important that kids get the message that the HSC is just a period in their lives, and there is a whole world after it,” she said.

At an assembly at her old school, Kadina High in Lismore last month, she came clean with the secret she has carried since she was a 17-year-old in 1996.

“It is … 21 years since I dropped my bundle, dropped out of school, and spent about a year on Centrelink benefits, wondering what life was all about, what to do with it, and why.

She suffered depression following the ‘failure’ and even considered suicide.

It is the same stress that accompanies students everywhere with counsellors and others assisting those who face competitive exams and face the stress that comes with them.

The SMH spoke with the Professor of educational psychology at the University of NSW Andrew Martin who said the “blowtorch of competition, competitive pressure, has steadily turned up over the years, and I think that is that happening at a younger age.”

“Society still maintains this narrow lens [success is a high ATAR and going to university] of what we define as a success,” he said.

“I would love a greater narrative about success stories that happen through non traditional and vocational pathways. They are there in abundance in many TAFE and VET pathways.”

A Tough Road to the Law

Sharna Clemmett’s own route to her legal career was difficult. She spent a tough year on the dole before commencing a government-funded training program at St Vincents Hospital in Lismore where she estimated her real wage was around $3.20.

The work was also hard and long, starting early and finishing late. However she impressed others with her work ethic and her intelligence and by the age of 20 she was managing the diaries of
42 anaesthetists.

“If I didn’t do my job, there would be a surgeon standing around at hospital waiting to start the operation with no anaesthetist. Some of them thought I was too young … Damn I worked hard to prove them wrong,” she told the students.

When she got into university as a mature-age student, the group asked how much she needed to earn to support herself while studying.

“If you drop your bundle, just pick up the pieces you can carry and work with them. Do something, and do it to the best of your ability. Make meaningful connections and use them. People will respect you if they see you work hard.”

1 thought on “The Barrister Who Beat “Blowtorch Competition” And Pressure”