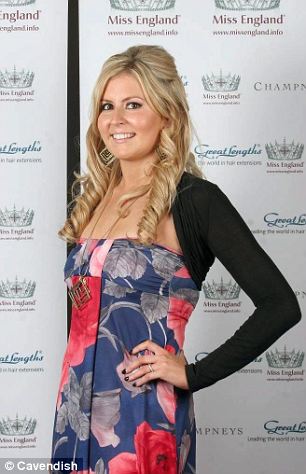 Kristina Long was a former UK beauty queen, crowned Miss Bolton and winning a Miss World University competition.  But she has now been given a one year jail term for driving while twice the over alcohol limit, hitting a pedestrian and flinging him 80 feet.

Miss Long, 26, now has her legal career and life in tatters.  Her victim has sustained “life changing” injuries in an episode that the court said required a message to be sent out to anyone drunk driving.

‘The tragic circumstances of this case are obvious to all concerned,’ the Judge  said.

‘But they are circumstances of your own making. You took a calculated risk to drive, having consumed a large amount of alcohol.’

She had carried on her journey despite knowing she had crashed into something.

David Robinson, 53, was thrown almost 80ft forward and was left lying in the road with a fractured spine and leg until another motorist finally spotted him, a court  was told.

Long plead guilty to dangerous driving causing serious injury, failing to stop at the scene of a collision and driving with excess alcohol. 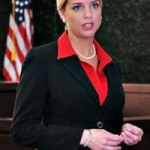 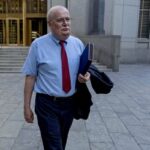