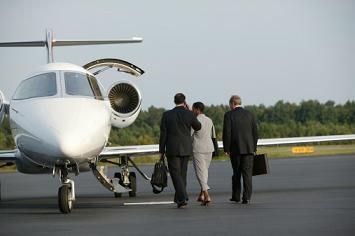 The glory days of Big Law are gone for most of the American Lawyer Top 100 firms, according to the latest report.  It’s not all bad news, but its not exactly exciting times either for Big Law as cost cutting measures, slower client demand, discounting fees and the overall effect of the financial crisis bringing tears to the eyes of those who look back a decade at year-on-year growth.

And the changes have focused the law firms on the way they run their practises, too.  New management and marketing – and billing – practices are emerging as firms grapple with ways to handle the changed law market.

Those measures—especially the cost-cutting achieved by reducing lawyer head count, including partners—have helped feed slow, somewhat steady growth over the last several years. Still, a return to the days of guaranteed growth continues to elude many of these firms, according to the American Lawyer magazine’s annual ranking of the 100 largest-grossing law firms.

Bloomberg Businessweek report that on average, law firms saw about 5 percent growth in gross revenue in 2013, collectively generating $77.4 billion in income. But in other key measures of financial health and performance, the numbers tell a different story.

Average revenue per lawyer, a standard measure used to compare the performance of law firms, dipped 0.4 percent in 2013, to $840,963, and average profits per partner barely moved, rising 0.2 percent, to $1,470,022. The firms failed to achieve the growth that many managing partners and law firm leaders had predicted coming off of 2012, a strong year that saw increases in the key metrics.

There isn’t one story here that applies to all 100 of these law firms, the report notes, which differ widely in size, practice strengths, client makeup, and business strategies. There are the “super-rich”—a group of about 20 law firms, many of them New York-based, that continue to set themselves apart from the pack by achieving higher-than-average growth in the key revenue and profits metrics.

They include firms such as Boies, Schiller & Flexner; Cravath, Swaine & Moore; and Wachtell, Lipton, Rosen & Katz — the 20 account for 18 percent of the all lawyers at the 100 firms ranked and they earn 26 percent of the fees. “The profits chasm” between these 20 firms and the rest on the list grew by 45 percent, according to the American Lawyer, to about $1.7 million in profits per partner.

he global behemoths are a different beast—six huge firms, including Dentons and Norton Rose Fulbright, of a few thousand lawyers each, structured more as associations or coalitions of different firms rather than as a single, unified entity, and organized under Swiss partnership law as a verein. The giants have the head count to pump up gross revenue, but in some cases these firms saw big declines in revenue per lawyer and profits. Consider that it takes fewer than seven Wachtell lawyers out of 250 to generate $10 million in partner compensation; at 2,500-lawyer Dentons, it takes 65.

“The jury is still out on whether the vereins are going to be a stable structure in the future,” says law firm consultant Bruce MacEwen. “Certainly on the scale at which we’re seeing them, they’re an unknown quantity.”

The last grouping consists of everybody else—from smaller regional law firms to more niche practices, these firms generally did OK, but there’s little uniform success among them, and they’re all working very hard to realize modest gains. Still, they have an advantage in offering clients billing rates that are more attractive. “We’re seeing clients do two things in this new environment,” MacEwen says. “There’s a flight to prestige, which benefits the [super-rich] firms, and a flight to cost-effectiveness.”

Read more about the law firm changes at Bloomberg Businessweek, including how partners are being forced to ‘de-equitize’ in a move that is gaining momentum with partners being released into the big, new world of Big Law.

The 2013 financial reports in the survey show declines in equity partner head count at 50 of the 100 firms in American Lawyer’s ranking. 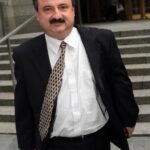