The Reserve Bank today announced that corporate lawyer Juliet Tainui-Hernandez, who has most recently been a partner at Norton Rose Fulbright in London, has accepted the position of Assistant Governor and General Manager of Transformation and People.

She was previously a transformation director at Norton Rose and had previously worked for Addleshaw Goddard, Dentons, Freshfields and Clifford Chance. and Norton Rose

Mrs Tainui-Hernandez will complete the Bank’s Senior Leadership Team and be based in the Auckland office.

A statement from the Reserve Bank stated:

Her role involves being responsible for leading the Bank’s Transformation and People Group, overseeing the development of the Auckland office and relationships, and contributing to the Senior Leadership Team’s whole of Bank decision making and operations.

Juliet is of Ngāi Tahu and Whakatohea descent. She has worked with local Iwi and with a large New Zealand law firm before commencing her international career.

Juliet has since worked in Australia, Hong Kong, and England – in roles ranging from litigation and dispute resolution, risk management and regulatory compliance, strategy, development and delivery of business transformation projects, broad people management roles, and in more recent years many aspects associated with integration, expansion and the combinations of international legal practices.

Juliet is qualified as a Barrister and Solicitor of the New Zealand High Court, admitted as a Solicitor in the Supreme Court of New South Wales Australia, and as a solicitor of England and Wales.

Reserve Bank Governor Adrian Orr said: “It is a great privilege to have Juliet – and her family – return to Aotearoa, New Zealand, from London. Juliet was a Partner, the Chief Compliance Officer and Transformation Director for an international law firm, managing many complex regulatory and leadership tasks. Juliet brings a wide range of professional skills and experiences, and a passion for the people of Aotearoa. The Reserve Bank – Te Pūtea Matua – will gain significantly from her insight, experience and energy. We are honoured to be able to work with her.”

Juliet Tainui-Hernandez will start her role in late 2020. 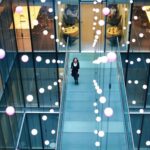