Former Wellington solicitor David McLean made a profitable move to his current employer, Westpac Bank, and has now also seen his remuneration rise to $2.455 million.

The increase for Power List member McLean has seen an increase of over $14,500 according to the Bank’s recently released financial reports and despite his parent bank’s chief executive in Australia taking a major financial hit of over A$1.5 million.

The Australian banks in particular have been under major pressure following the Australian Royal Commission identifying a raft of major malpractice issues.

McLean has been chief executive of Westpac NZ since February 2015 and has been with the bank since 1999 where he has held senior roles.

He worked in Wellington for Macalister Mazengarb and as in‐house counsel for Natwest, before joining the Capital Markets Group of Southpac/National Bank in 1988.

He subsequently joined Deutsche Morgan Grenfell and established the New Zealand branch of Deutsche Bank before making his move to Westpac where he has proved a popular and forward-thinking manager focused on diversity and inclusion. 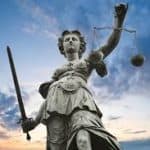