Competition from the Big Four accounting firms will continue to impact on the legal profession, according to a study from ALM.

We’ve reported previously about firms like PwC moving heavily into the legal field and those moves are accelerating as the accountants decide legal services across the board are theirs for the taking too.

The Big Four accounting firms comprise Deloitte LLP, PricewaterhouseCoopers LLP (“PwC”), Ernst & Young LLP (“E & Y”) and KPMG LLP.  They are all highly sophisticated service providers who have moved from their traditional audit role into multidisciplinary services forms across the globe and across the accounting and now, the legal world.

The ALM report, “Elephants in the Room Part I: The Big Four’s Expansion in the Legal Services Market,” says that “the Big Four’s formidable brand strength, client base and ability to offer multidisciplinary services has helped them take market share from traditional law firms.”

While legal services from the major firms has traditionally been in areas broadly adjacent to or complementary to their existing work, such as tax, labor and employment, they are now asserting their legal strength in areas that are key to many corporate law firms, such as corporate law generally and M&A work in particular. 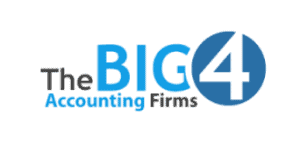 Europe has been the major staging post for the Big Four’s moves into the legal field as they invest heavily in their legal arms and now the four collectively employ 8500 lawyers around the world.

PwC is now the sixth largest ‘law firm’ in the world.

PwC Legal, the largest legal arm of the Big Four, has 2,500 lawyers, making it the world’s sixth-largest legal services provider by that measure—up there with the likes of Clifford Chance and Jones Day. PwC Legal, which last year fully integrated with the accounting firm’s U.K. business, also has offices in 85 countries—far more than any other law firm. Earlier this year, PwC sealed an innovative five-year deal to take on the in-house tax law department of General Electric, including 600 staff.

A record level of growth in ‘non-law’ legal providers like the Big Four is fueled by clients’ desire to have all-embracing services provided as clients demand greater value from their legal services providers, as well as more cost effective serevice.

A report recently said that clients seek problem solving that “straddles disciplinary lines, such as law and business, technology (and the Fourth Industrial Revolution), and strategy. BigLaw and traditional law firms are faced with the urgent question of how to adapt to a legal marketplace in the midst of alternative legal service providers, disruption, and reinvention.”

Each of the Big Four’s legal arms has regularly achieved double-digit revenue growth—EY’s revenue has risen by more than 10 percent for five consecutive years. But their focus on lower-value work is reflected in relatively weaker financial

The short answer to the question appears to be ‘Yes’. The ‘elephant report’ from ALM indicates that two-thirds of the firms surveyed were “concerned” about the threat from the Big Four and other accounting groups and 45 per cent regard the development as a “major threat”.

While the Big Four have historically focused on practices that complement their audit and tax advisory businesses, such as tax, labor and employment, and immigration, the report found that they are increasingly branching out into other areas, including M&A.

Two-thirds of law firms surveyed by ALM Intelligence said they were “concerned” about the threat posed by accounting firms and other alternative service providers, while 45 percent consider them to be a “major threat.”

ALM Intelligence will release a second report, assessing the Big Four’s prospects in the legal arena on September 27.  We’ll look forward to it, even if lawyers may be regarding the growth of the Big Four with trepidation.