You are here: Home / Legal Opinion / Bloomberg and the Stop & Frisk Program 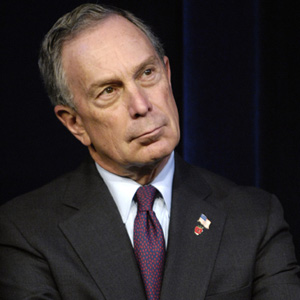 Billionaires can get away with a lot because they’re billionaires and can get pretty much whatever they want at any given moment. Except childhood sleds.

Couple billions of dollars with running an eight million person personal fiefdom, and it’s not surprising that Mayor Michael Bloomberg has developed an unhealthy disrespect for any other authority.

Unfortunately for him, there are higher authorities in this world, and Bloomberg may have finally done enough to get the public spanking he’s been courting.

Friday afternoon, Mayor Bloomberg walked once again into the thresher maw that is the legal quagmire of his “stop and frisk” program by declaring that the program, criticized as racial profiling writ large, “stops too many whites.”

Well, Bloomberg is probably right. The program does stop too many whites…

But only because the program stops too many New Yorkers period.

Oh come on, you knew that was where I was going.

Just to recap, New York lets the police frisk mostly minorities for “suspicious” conduct that the police generally refuse to articulate. And when the police are caught explaining the policy, the justification for the stop tends to be something like, “being a f**king mutt,” which is at least admirable for not stooping to pretextuality.

Despite this, the City is trying to argue that the policy is not race-based. While this was already like arguing that the sun comes up in the West, Mayor Bloomberg decided to shoot his own case repeatedly in the head on Friday because he’s either arrogant, or criminally stupid, or both.

Bloomberg took to his weekly radio address and said, “I think we disproportionately stop whites too much and minorities too little. It’s exactly the reverse of what they say.” It’s likely that a new land speed record was set by his adversaries in drafting a letter to Judge Shira Scheindlin explaining how these remarks undermine all the statements the City made in Scheindlin’s courtroom that those administering the policy don’t think in terms of race.

Bloomberg continued, “I don’t know where they went to school but they certainly didn’t take a math course. Or a logic course.” Well, let’s check Bloomberg’s math. Bloomberg contends that suspects in reported violent crimes are described as minorities about “90 percent” of the time, and this more than justifies the stop and frisk policy stopping 86 percent minorities. Except those numbers have nothing to do with each other, which must have been skipped in Bloomberg’s math and logic courses. If we take Bloomberg’s word on these numbers, just because more violent crimes are committed by some portion of the minority population — which is unknown since a single criminal tends to commit several reported crimes — is not a justification for applying that same proportion to who gets stopped for any reason.

Just to underline the point: just because you are a minority in New York City doesn’t mean that there is a 90 percent chance that you are more likely a criminal than a given white person walking around the City. Nor does it mean there is an 86 percent chance that you are more likely a criminal. The chances that a given individual — black, white, or other — walking around New York City is a criminal is vanishingly small, and that makes the all the racial statistics Bloomberg can muster of marginal value at best and certainly unable to justify the documented disproportionate impact of stop and frisk.

Indeed, the better test is how often the stop and frisk policy has successfully solved one of these violent crimes. Because we’ve also got the numbers on that, and in the rare instance that the policy actually finds any suspicious conduct (only 12 percent unveil any wrongdoing), the arrests are mostly for marijuana possession, which is ironically not a crime in New York until the frisk brings the pot into public view.

And that record of failure cuts across racial lines.

But the real story here is Bloomberg’s continuing interest in displaying downright contempt of court. Not necessarily the sort of contempt that could land him in jail or paying a fine, but “little ‘c’” contempt. Bloomberg hates the legal process challenging his whims and he’s so incensed that he won’t let undermining his own case get in the way of a good tantrum.