Auckland lawyer Adina Thorn is planning a class action against the Christchurch promoters of the Penrich Investment Fund, currently being investigated by the Serious Fraud Office.

What staggered me was that Adina herself was an investor in the fund. I say that as she’s quoted by the Herald saying Penrich “billed itself as making bets on interest and foreign exchange movements.”

For God’s sake, that’s absolutely no different than offering to make bets on behalf of “investors” on race-horses. Far from investing, instead it’s gambling in which for every winner there’s a corresponding loser.

The Penrich promoters, according to the reports, may have misrepresented their size, financial strength and past performance, all offences, albeit basically puffery.

But the salient fact remains that punters knowingly gave them money to speculate on their behalves, which they did and seemingly picked the wrong horses.

Unless it can be shown that in fact, they made no bets and instead pocketed their punters’ funds, Adina will simply be throwing good money after bad. 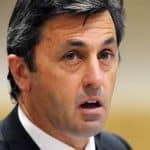 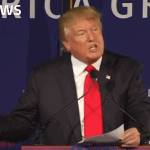