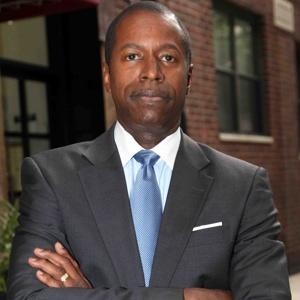 TABONE was sentenced to 42 months in prison for receiving bribes and witness tampering. Both were convicted after a three-and-a-half week jury trial before U.S. District Judge Kenneth M. Karas, who imposed today’s sentences.

Manhattan U.S. Attorney Preet Bharara said: “Bribes and kickbacks should never play a role in the selection of candidates for public office. By attempting to buy and sell a spot on New York City’s Mayoral ballot, Malcolm Smith and Vincent Tabone corrupted one of the most fundamental tenets of the democratic process, that candidates cannot bribe their way onto a ballot. Today’s sentences make clear that the cost of violating the public trust in this way will be measured in years in a federal prison.”

According to the Complaint and the Indictment filed in federal court and the evidence presented at trial:

The Bribery and Extortion Schemes

SMITH was first elected to the New York State Senate in November 2000, and represented a district within Queens, New York. He was chairman of the Independent Democratic Conference of the State Senate and, among other positions, has served as the State Senate’s minority leader, majority leader, and acting lieutenant governor. From about November 2012, through April 2, 2013, SMITH agreed with former New York City councilman Daniel Halloran, who was convicted in a separate trial, and an undercover FBI agent posing as a wealthy real estate developer (the “UC”), and a cooperating witness (“CW”) to bribe New York City Republican Party county leaders, including TABONE, in exchange for their authorization for SMITH to appear as a Republican candidate for New York City Mayor in 2013, even though SMITH is a registered Democrat.

SMITH participated in two overlapping criminal schemes that involved the payment of bribes to obtain official action. First, SMITH, a registered Democrat, authorized the payment of $110,000 in cash bribes to be paid to leaders of the New York City Republican Party, including TABONE, so that they would allow SMITH to run for mayor on the Republican Party’s ballot line. Second, SMITH agreed to use his influence to help steer at least $500,000 in New York State transportation funding to a real estate project the UC and CW had proposed to develop in Spring Valley, New York, in exchange for the UC and CW paying bribes on SMITH’s behalf to the New York City Republican Party Chairs.

In furtherance of the scheme, SMITH authorized the UC and the CW to meet TABONE, the Executive Vice Chairman of the Queens County Republican Party, Joseph Savino, the Chairman of the Bronx County Republican Party, and other party leaders. During a meeting with the UC, TABONE accepted a $25,000 cash bribe in a dimly lit SUV parked in front of a Manhattan restaurant and agreed to accept another $25,000 after his committee authorized SMITH to compete in the Republican primary. Savino similarly accepted a $15,000 cash bribe and agreed to accept another $15,000 after he voted to authorize SMITH to compete for the Republican ballot line. In return for his efforts in negotiating the bribes, Daniel Halloran accepted $15,500 as a down payment on a “broker’s” fee of at least $75,000 and expected to be appointed First Deputy Mayor if Smith was elected mayor.

Shortly before the start of a previously scheduled trial, the Government sought permission from the Court to take the deposition of Philip Ragusa, the former Chairman of the Queens County Republican Party. Ragusa, who was gravely ill at the time, was expected to testify favorably to the Government. Over TABONE’s objections, the Court ordered the deposition to take place. TABONE unexpectedly appeared at Ragusa’s home an hour before the scheduled start of the deposition and attempted to pressure Ragusa not to testify against him.

Mr. Bharara praised the outstanding investigative work of the Federal Bureau of Investigation and the Rockland County District Attorney’s Office.

This case is being handled by the Office’s White Plains Division and Public Corruption Unit. Assistant United States Attorneys Douglas B. Bloom, Justin Anderson and Perry Carbone are in charge of the prosecution. 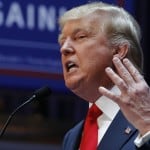 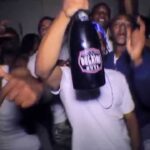