Ibrahim Abdullahi is the managing partner of a law firm in Abuja, Nigeria.  He is also the man behind the  #BringBackOurGirls viral campaign seeking the return of the school girls kidnapped by the Boko Haram terror group.  His #BringBackOurGirls has been retweeted nearly two million times and Mr Abdullahi says he is both overwhelmed and humbled by the response.

The #BringBackOurGirls following a televised talk by Dr. Oby Ezekwesili, vice-president of the World Bank for Africa, who spoke at a UNESCO event in Port Harcourt and  used the expression “Bring Back Our Daughters” when referring to the brutal kidnapping of 200 plus Nigerian girls.

Mr. Abdullahi phrased her words and unwittingly sparked off what may well be one of the biggest worldwide trending campaigns, which has garnished attention from politicians and celebrities alike.

Those who have retweeted include posts from President Obama, Hillary Clinton, Kerry Washington and even Chris Brown.

“I am happy that the world is aware of the situation and the atrocities being committed by Boko Harom,” said Mr. Abdullahi. “The involvement of the international community is also putting pressure on President Goodluck Jonathan to live up to his responsibilities.”

Amidst all the attention Mr. Abdullahi is now getting, a Los Angeles-based filmmaker Ramaa Mosley has been criticized for taking the hashtag that was being used already and claiming it as her own.

Since Abdullahi’s now famous post on April 23, he has worked tirelessly on Twitter and other social media platforms to keep the story in the spotlight:

However, he says until the girls are found, he will not stop. “I will have greater joy when these girls are rescued.”

Nigerians are fearful of Boko Haram and resentful their government has not done more, says Mr. Abdullahi. This frustration has spilled over to anger on the streets.

“People have been on the streets campaigning every day,” says Mr. Abdullahi. “There have been demonstrations in Abuja and across Nigeria,” reports Grio.

He believes one explanation for President Goodluck Jonathan’s initial lackluster response is political maneuvering. “The [northern] states where Boko Haram have strongholds are ruled by the opposition party.”

In the run-up to next year’s presidential election, President Jonathan is keen not to whip up hostility in the predominately Muslim Northeastern states. It also may suit Northern governors, most of them in the opposition, for Jonathan to be deemed ineffective.

Vivia Armstrong, an Atlanta-based social media strategist, says in some ways the mass popularity of the #BringBackOurGirls hashtag is a defining moment for social media platforms.

“I haven’t seen anything like this on a worldwide scale aside from the Middle East uprisings,” says Armstrong. “People have short attention spans, but when they see these powerful images, it strikes a cord. It brings awareness that posts can spark change.” 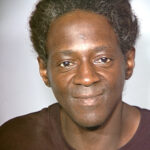 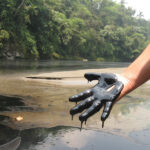