Manhattan U.S. Attorney Geoffrey S. Berman said:  “Lavellous Purcell, a/k/a ‘King Casino,’ was a pimp with a notoriously brutal set of rules he used to keep his victims under his control. Besides physical violence and intimidation, Purcell forced the women to dress and act in certain ways, and forced them to brand themselves with a tattoo of his alias, ‘Casino,’ on their necks. Purcell even boasted about his reprehensible abuse of women on social media. Now, Purcell has himself been branded as a felon by a unanimous jury, and faces life in federal prison. We hope today’s verdict brings at least some small measure of comfort to the victims of Purcell’s unconscionable crimes.”

According to the allegations contained in the Indictment and evidence presented during the trial in Manhattan federal court:

To date, law enforcement agents have identified numerous women who have engaged in commercial sex at the defendant’s direction.

Any individuals who believe they have information that may be relevant to the investigation should contact the FBI at 1-212-384-1000 or https://tips.fbi.gov/.

Mr. Berman thanked the FBI and NYPD for their outstanding investigative work in this matter.  Mr. Berman also thanked the New York County District Attorney’s Office for its assistance with this investigation.

This case is being handled by the Office’s General Crimes Unit.  Assistant United States Attorney Sheb Swett, Jane Kim, and Margaret Graham are in charge of the prosecution. 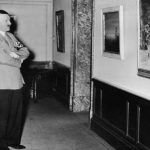