Clifford Chance – 2015 has been a bumper year for M&A, with over US$ 4.28trn of deals announced to date, according to a preview of international law firm Clifford Chance’s latest Global M&A Trends report.

Global M&A value has reached record levels, with 2015 lining up to be the strongest year ever for M&A. While these record levels have been driven by some high value mega-deals, data shows a decline in deal volumes for the second half of the year.

North American buyers make up just over half of total global M&A activity (by deal value) for the year to date. M&A in North America increased 58% year-on-year, reaching US$2.2 trillion in 2015 so far. Since the financial crisis, US boards had been inhibited from launching major or transformational transactions but now perceive inaction as riskier than pursuing opportunities while they are available. This, combined with favourable financing conditions and excess cash that cannot be repatriated without adverse tax consequences, is driving large and mega M&A by US companies, both within the US and overseas, particularly in Europe.

“We are seeing the pipeline of potential major M&A deals coming to fruition, many of which had been contemplated for some time. Now, as companies have built cash reserves and acquisition finance conditions are very favourable, we are seeing them come to market. However, the momentum is in the US, and European deal flow is, with a few very large exceptions, lagging behind. 2016 is expected to continue to see strong levels of high-value M&A globally, and continued strong intra-regional activity in Asia. Increasing political tensions globally, the prospective US election and rate rises may however impact activity as the year develops.”

The Firm’s Global M&A Trends report analyses Thomson Reuters data and brings this together with the firm’s market intelligence, to review trends and provide insights into global M&A activity.  The report draws on the firm’s geographical, sector and M&A experience to deliver insights into future M&A developments. The full report will be available in January 2016. 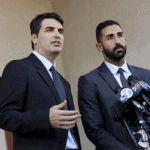 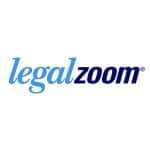