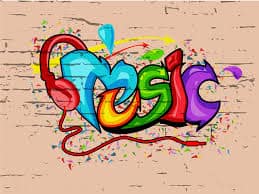 Is graffiti protectable under the Copyright Act? In principle, yes because it is a graphic art. But graffiti tends to appear on buildings that are visible from a public place, and photographs of such buildings are exempt from copyright infringement suits. So what happens if someone photographs a building that features graffiti, and the graffiti ends up in a marketing campaign—can the graffiti artist bring a claim for copyright infringement?

On August 27, 2018, Judge Stephen V. Wilson of the federal district court for the Central District of California will hear oral arguments on GM’s motion for summary judgment in Falkner v. General Motors Co. His decision is expected to impact graffiti artists’ ability to protect their works under the Copyright Act.

Although Falkner v. GM’s policy and legal questions are novel and complex, the underlying facts are straightforward.

Falkner—known in the art world as Smash137—is a graffiti artist. Although Falkner has exhibited in museums and galleries around the world, he is known for his outdoor paintings. One such painting is a large mural covering two perpendicular walls of a public parking garage in downtown Detroit, Michigan. Alex Bernstein, an independent photographer, photographed a Cadillac while the vehicle was parked at the same Detroit public parking garage in which Falkner’s mural appears. Part of Falkner’s mural is visible in the background of Bernstein’s photograph. Bernstein submitted the photograph of the Cadillac featuring part of Falkner’s mural to GM, which then used the photograph in an online marketing campaign.

Falkner v. GM tests the boundaries of the Architectural Works Copyright Protection Act (“AWCPA”). Enacted in 1990, the AWCPA granted independent copyright protection to architectural works, applicable to buildings created after December 1, 1990. The AWCPA, however, also created an exemption that allows anyone to photograph protected architectural works—and any pictorial, graphic, or sculptural (“PSG”) elements incorporated into them—without liability for copyright infringement. The AWCPA thus avoided turning tourists or photographers into unwitting copyright infringers when they take pictures that include protected architectural works that are publicly viewable. But whether that same exemption also had the effect of eliminating separate copyright protection for independent, creative contributions to larger architectural works (e.g., graffiti) is a question Falkner v. GM may now decide.

At first blush, it may seem odd to treat graffiti—which typically appears without input or consent from the building’s architect—as equivalent to a design element that was made in connection with the building itself. But whether that distinction is relevant under the AWCPA remains uncertain.

Indeed, per GM, graffiti is no different from any other design element. In support of this view, GM primarily relies on Leicester v. Warner Bros., a Ninth Circuit opinion from 2000 that found photographs of a courtyard and adjacent towers were exempt from copyright infringement under the AWCPA. The majority held that the pictorial representation exemption was intended to be broadly construed to cover all elements of an architectural work “so that publicly visible buildings could freely be photographed.” Leicester, however, offers uncertain guidance: the panel split three ways into majority, concurring, and dissenting opinions. And, as discussed in more detail below, Leicester fails to clearly answer whether the AWCPA eliminated or retained copyright protection for conceptually-separable PSG elements attached to architectural works.

GM nonetheless relies on Leicester to argue that Falkner’s copyright claim is barred, contending in its reply brief that allowing photographers to freely photograph buildings was an objective of the AWCPA: “Joe Public should not be required to research the history of the building and hire architectural experts before he snaps a photograph.” Because the exemption is intended to protect the public from unwittingly infringing copyrights while taking pictures of building that are viewable in public space, GM argues that it must be interpreted to allow photographs of embedded PSG elements regardless of whether or not they are separate from the architectural work.

A competing policy question is whether graffiti—or any other independent PSG element—should retain copyright protection after it is made part of an architectural work. Falkner points out that pictorial works such as his mural have always been protectable under copyright law, and argues that the AWCPA was not intended to remove that protection where the artist did not collaborate with the architect, and where the mural plays no functional or architectural role. Falkner argues that if GM’s view prevails, all graffiti that exists on a building—that is, most graffiti—will lose copyright protection from infringing photographs. Falkner’s argument thus echoes Leicester’s dissent, which noted that the AWCPA was not designed to eliminate copyright protection for independent, creative contributions to architectural work.

Whether or not the pictorial representation exemption bars Falkner’s copyright claim against GM hinges on two questions:

Falkner insists that the garage is not an architectural work because it is a utilitarian structure that contains no protectable creative elements. Falkner cites statutory language, legislative history, and case law to argue that covered “architectural works” are limited to “buildings,” and the definition of “buildings” excludes non-habitable utilitarian structures such as bridges, walkways, tents, recreational vehicles, mobile homes, and boats. Thus, under Falkner’s view, the pictorial representation exemption does not apply because the structure on which the mural is painted is not an architectural work. In support of this argument, Falkner relies on Gaylord v. United States, which affirmed a lower-court’s finding that the Korean War memorial is not an architectural work, at least in part because it is not intended for occupancy. See 595 F.3d 1364, 1371 (Fed. Cir. 2010).

GM counters that the statute’s definition of protected “architectural works” uses the word “building,” which is undefined. Turning to the legislative history, GM argues that the term building also covers structures that are used, but not inhabited, by human beings—e.g., churches, gazebos, and garden pavilions. GM chose not to address Gaylord v. United States in its reply, and cites no authority to support its view that a parking garage is an architectural work. That said, at least one court has considered this question before. In Moser Pilon Nelson Architects, LLC v. HNTB Corp., the court found a parking garage to be a building within the meaning of the AWCPA, noting that it is “surely a permanent and stationary structure as much designed for human occupancy as a gazebo or a garden pavilion.” 2006 U.S. Dist. LEXIS 58334, *17-18, 80 U.S.P.Q.2D (BNA) 1085, 1091, Copy. L. Rep. (CCH) P29, 235.

PSG elements incorporated into a building are subject to the same pictorial representation exemption as the underlying architectural work. But whether the exemption applies if the PSG element is “conceptually separable” from the architectural work remains unsettled. The doctrine of conceptual separability predates the AWCPA, and refers to copyright protections retained by PSG elements that were embedded in buildings which were themselves not protected under the copyright laws at the time. Both Falkner and GM rely on Leicester to reach opposing conclusions regarding the relevance of conceptual separability following enactment of the AWCPA.

GM argues that Leicester decided that the conceptual separability doctrine does not apply to PSG elements embedded in architectural works. Specifically, GM argues that although the Leicester majority found that the PSG element in that case was not conceptually separable from the architectural work in which it appeared, the concurring opinion went further and stated that conceptual separability does not apply to the AWCPA’s pictorial representation exemption. (Somewhat confusingly, GM argues that the majority agreed with the concurring opinion’s view on this point.) In effect, GM argues that the majority and concurrence agreed that the AWCPA extinguished any independent copyright protection covering PSG elements embedded in buildings, regardless of whether or not the PSG element in question is conceptually separate from the building itself.

Falkner disputes GM’s interpretation of Leicester and its contention that the AWCPA extinguished copyright protections for conceptually separate PSG elements. Like the dissent in Leicester, Falkner contends that there’s no indication that Congress intended the AWCPA to extinguish rights that existed before its enactment. Falkner thus argues that even if the parking garage is an architectural work, photographs of his mural are not covered by the pictorial representation exemption because the mural is conceptually separate from the parking garage.

On August 27, 2018, Judge Wilson will have the opportunity to decide whether graffiti artists can bring copyright infringement claims against those who photograph their work when it appears on buildings. We’ll report on the decision as soon as it becomes available. 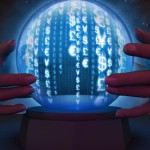