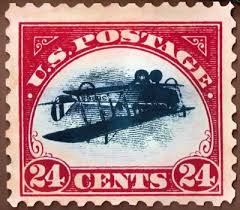 LawFuel.com – Best Law News Site – Preet Bharara, the United States Attorney for the Southern District of New York, and Diego Rodriguez, Assistant Director-in-Charge New York Field Office of the Federal Bureau of Investigation (“FBI”), announced today the return of a rare “Inverted Jenny” stamp to the American Philatelic Research Library (“APRL”), the assignee of Ethel B. McCoy, the owner from whom it was stolen.  The stamp, one of four stolen from McCoy in 1955, was recently recovered by the FBI.  It is the third of the four McCoy Inverted Jennys to be recovered to date.

Manhattan U.S. Attorney Preet Bharara said: “The treasured Inverted Jenny stamp returned today has been missing for more than 60 years since it was stolen.  We are proud to be able finally to return this Inverted Jenny to its rightful owner.  We hope that someday soon we can celebrate the return of the final missing McCoy Inverted Jenny as well, and encourage anyone with information regarding its whereabouts to come forward.”

Assistant Director-in-Charge Diego Rodriguez said: “More than 60 years ago, a block of four of the most famous error stamps in philatelic history – the Inverted Jenny – was stolen from an exhibition.  There were no witnesses, no suspects and little evidence to pursue.  Today, the FBI is proud to assist in the return of the third Inverted Jenny stamp to the American Philatelic Research Library.  This is just one example of the FBI’s commitment to restore significant arts and antiques to their rightful owners.”

According to court filings and other publically available information:

The Inverted Jenny stamp returned today (the “Stamp”) is from a sheet of 100 24-cent stamps issued by the United States Postal Service in 1918.  The stamps contained the image of a Curtiss Jenny JN-4HM, a biplane specially modified for shuttling mail, to commemorate the Postal Service’s first airmail flight, which took place on May 15, 1918.  Significantly, this particular sheet (the “Inverted Jenny Sheet”) was misprinted, with the airplane image upside down, or “inverted.”  It was sold on or about May 14, 1918, to collector William T. Robey of Washington, D.C.

Ethel B. Stewart McCoy, a philatelist and daughter of Charles Bergstresser, one of the founders of Dow Jones & Co., purchased a block of four stamps from the Inverted Jenny Sheet, specifically positions 65, 66, 75, and 76 (the “McCoy Block”), from New York City stamp dealer Spencer Anderson in 1936 for $16,000.  On or about September 23, 1955, during an exhibition at a convention of the American Philatelic Society in Norfolk, Virginia, the McCoy Block, including the Stamp, was stolen by an unknown thief or thieves.

The Stamp remained missing until April of this year, when it was consigned to Spink USA, Inc. (“Spink”), by an individual named Keelin O’Neill.  Spink sent the Stamp to the Philatelic Foundation in New York to be authenticated, and personnel of the Foundation identified it as one from the stolen McCoy block.  They then alerted the FBI and the APRL.  The FBI approached O’Neill, who stated that he had received the Stamp in or about October 2013 from his grandfather, who is now deceased.  Once he was advised that the Stamp was stolen, O’Neill voluntarily agreed to relinquish the Stamp to the APRL.

The fourth and final Inverted Jenny from the McCoy block remains missing.

The return today to the APRL is being made pursuant to a stipulated agreement entered between the Government, the APRL, and Mr. O’Neill, and so ordered by the Honorable Jesse M. Furman, United States District Court Judge for the Southern District of New York.

Mr. Bharara thanked the FBI for their outstanding work on this matter.

The case is being handled by the Office’s Money Laundering and Asset Forfeiture Unit.  Assistant U.S. Attorney Alexander J. Wilson is in charge of the case. 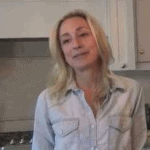