LawFuel.com – Law News Daily – Charges Unsealed Against Three Defendants Who Allegedly Engaged in Hundreds of Millions of Dollars of Transactions on Behalf of the Government of Iran and Iranian Entities As Part of a Scheme to Evade U.S. Sanctions

Preet Bharara, the United States Attorney for the Southern District of New York, John P. Carlin, Assistant Attorney General for National Security, and Diego Rodriguez, the Assistant Director-in-Charge of the New York Office of the Federal Bureau of Investigation (“FBI”), announced today the unsealing of an indictment against three individuals in connection with engaging in hundreds of millions of dollars’ worth of transactions on behalf of the Government of Iran and other Iranian entities, which were barred by United States sanctions, laundering the proceeds of those illegal transactions, and defrauding several financial institutions by concealing the true nature of these transactions. 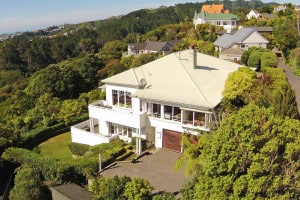 >> A Home in New Zealand – What About This View and Home in Wellington?

REZA ZARRAB, a/k/a “Riza Sarraf,” CAMELIA JAMSHIDY, a/k/a “Kamelia Jamshidy,” and HOSSEIN NAJAFZADEH are charged with orchestrating fraudulent transactions that were intended to hide the fact that the transactions were for the benefit of the Government of Iran or other sanctioned Iranian entities and to launder the proceeds of that illegal activity. The case is assigned to United States District Judge Richard M. Berman.

ZARRAB was arrested on March 19, 2016, and was presented in federal court in Miami, Florida, today. JAMSHIDY and NAJAFZADEH remain at large.

Assistant Attorney General John P. Carlin stated: “According to charges in the indictment, Zarrab, Jamshidy and Najafzadeh circumvented U.S. sanctions by conducting millions of dollars-worth of transactions on behalf of the Iranian government and Iranian businesses. These alleged violations, as well as the subsequent efforts taken to cover up these illicit actions, undermined U.S. laws designed to protect national security interests. The National Security Division will continue to vigorously pursue and bring to justice those who seek to violate U.S. sanctions.”

FBI Assistant Director-in-Charge Diego Rodriguez stated: “For almost five years, from 2010 to 2015, the defendants allegedly conspired to thwart U.S. and international economic sanctions against Iran by concealing financial transactions that were on behalf of Iranian entities. The charges announced today should send a message to those who try to hide who are their true business partners. We appreciate the assistance of the FBI’s Miami Office with this case.”

According to the allegations contained in the Indictment[1] unsealed today in Manhattan federal court:

Beginning in 1979, the President found that the situation in Iran constituted an unusual and extraordinary threat to the national security, foreign policy, and economy of the United States and declared a national emergency to deal with the threat. Consistent with that designation, the United States has instituted a host of economic sanctions against Iran and Iranian entities pursuant to the International Emergency Economic Powers Act (the “IEEPA”). This sanctions regime prohibits, among other things, financial transactions involving the United States or United States persons that are intended for the Government or Iran, or specified Iranian-related entities.

Between at least in or about 2010 and in or about 2015, ZARRAB, JAMSHIDY, and NAJAFZADEH conspired to conduct international financial transactions on behalf of and for the benefit of, among others, Iranian business, the Iranian government, and entities owned or controlled by the Iranian government. Among the beneficiaries of these scheme were Bank Mellat, an Iranian government-owned bank designated, during the time of the charged offenses, by the United States Department of the Treasury, Office of Foreign Assets Control (“OFAC”), as a Specially Designated National (“SDN”) under the Iranian Transactions and Sanctions Regulations, the Iranian Financial Sanctions Regulations, and the Weapons of Mass Destruction Proliferators Sanctions Regulations; Mellat Exchange, an Iranian money services business owned and controlled by Bank Mellat; the National Iranian Oil Company (“NIOC”), identified during the time of the charged offenses by OFAC as an agent or affiliate of Iran’s Islamic Revolutionary Guard Corp (“IRGC”); the Naftiran Intertrade Company Ltd. (“NICO”), Naftiran Intertrade Company Sarl (“NICO Sarl”), and Hong Kong Intertrade Company (HKICO), companies located in the United Kingdom, Switzerland, and Hong Kong that were acting on behalf of NIOC; and the MAPNA Group, an Iranian construction and power plant company. Bank Mellat, NIOC, NICO Sarl, NICO, and HKICO are no longer designated as SDNs and NIOC is no longer identified as an agent or affiliate of the IRGC, though these entities remain “blocked parties,” with whom U.S. persons continue to be prohibited generally from engaging in unlicensed transactions or dealings.

The scheme was part of an intentional effort to assist the Government of Iran in evading the effects of United States and international economic sanctions. For example, on or about December 3, 2011, ZARRAB and NAJAFZADEH received a draft letter in Farsi prepared for ZARRAB’s signature and addressed to the General Manager of the Central Bank of Iran. The letter stated, in part, that “[t]he role of the Supreme Leader and the esteemed officials and employees of Markazi Bank [the Central Bank of Iran] play against the sanctions, wisely neutralizes the sanctions and even turns them into opportunities by using specialized methods.” The letter goes on to state, in part, “[i]t is not secret that the trend is moving towards intensifying and increasing the sanctions, and since the wise leader of the Islamic Revolution of Iran has announced this to be the year of the Economic Jihad, the Zarrab family, which has had a half a century of experience in foreign exchange, . . . considers it to be our national and moral duty to declare our willingness to participate in any kind of cooperation in order to implement monetary and foreign exchange anti-sanction policies . . . .”

ZARRAB, JAMSHIDY, NAJAFZADEH, and their co-conspirators used an international network of companies located in Iran, Turkey, and elsewhere to conceal from U.S. banks, OFAC, and others that the transactions were on behalf of and for the benefit of Iranian entities. This network of companies includes Royal Holding A.S., a holding company in Turkey; Durak Doviz Exchange, a money services business in Turkey; Al Nafees Exchange, a money services business; Royal Emerald Investments; Asi Kiymetli Madenler Turizm Otom, a company located in Turkey; ECB Kuyumculuk Ic Vedis Sanayi Ticaret Limited Sirketi, a company located in Turkey; Gunes General Trading LLC; and others. As a result of this scheme, the co-conspirators induced U.S. banks to unknowingly process international financial transactions in violation of the IEEPA.

Mr. Bharara praised the outstanding investigative work of the FBI and its New York Field Office, Counterintelligence Division, and the Department of Justice, National Security Division, Counterintelligence and Export Section.
The prosecution of this case is being handled by the Office’s Terrorism and International Narcotics Unit. Assistant United States Attorneys Michael Lockard, Emil Bove, and Sidhardha Kamaraju are in charge of the prosecution. Assistant United States Attorney Jaimie Nawaday is principally responsible for the forfeiture aspects of the case.
The charges contained in the Indictment are merely accusations, and the defendants are presumed innocent unless and until proven guilty. 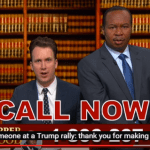 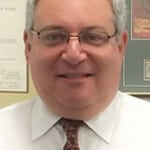