Coast Produce Company’s settlement agreements with the government resolve a civil lawsuit and criminal investigation into allegations that the company violated the federal False Claims Act and obstructed an investigation related to two contracts the company had with the Department of Defense (DoD) to supply fresh produce to the military in the Los Angeles and San Diego regions.
The allegations against Coast Produce first surfaced in a “whistleblower” lawsuit filed in 2008 by an industry consultant. To resolve the allegations in the lawsuit, Coast paid a $4 million settlement on September 2, and United States District Judge David O. Carter unsealed and dismissed the civil lawsuit on September 17.
Under its contract with the DoD, Coast Produce allegedly was required to charge only the current prices charged to Coast by its own suppliers for the fruits and vegetables (the “delivered price”), plus an additional fixed $1.50-per-unit distribution fee that included Coast’s profit.
The lawsuit alleged that Coast Produce knowingly overcharged the military on the delivered prices in three ways: 1) by instructing two suppliers to provide inflated quotes for produce, which the company then submitted to the DoD as pricing support, while simultaneously instructing the two suppliers to actually bill at their regular lower prices; 2) by charging the DoD more than it paid for bananas and pineapples under long-term fixed-price supply contracts; and 3) submitting artificially high quotes to the DoD – typically from vendors Coast Product had no intention of buying from – in order to set a payment rate, but then actually purchasing the produce it supplied at lower prices, and keeping the difference.
The settlement arises from a qui tam, or whistleblower, lawsuit originally filed under seal in 2008 by Kevin Driscoll pursuant to the provisions of the federal False Claims Act. The United States Attorney’s Office investigated Mr. Driscoll’s allegations, elected to intervene in the lawsuit, and negotiated the settlement. Pursuant to the False Claims Act, Mr. Driscoll will receive $920,000.
In relation to the criminal investigation, the United States Attorney’s Office on September 2 filed a criminal information against Coast Produce, alleging that the company altered or falsified records. The information alleged that Coast Produce provided false invoices to the DoD when it requested evidence concerning the prices Coast was paying for produce it provided the military. The criminal information was filed pursuant to a Deferred Prosecution Agreement, in which the government agreed to defer any criminal case against Coast Produce for a two-year period in return for the company’s agreement to implement various compliance and remedial measures during that period, among other things. If Coast Produce does not violate the agreement during the 24-month period, the government will not proceed with a criminal case against Coast.
In an ordered signed on Friday, United States District Judge Percy Anderson dismissed the information filed by the government, which can be refiled in the event of a breach of the agreement by Coast.
“The agreements with Coast Produce demonstrate that this office will use all criminal and civil tools at its disposal to ensure that contractors who overcharge the United States military are held accountable,” said United States Attorney Eileen M. Decker. “Companies that supply products and services to our military members should know that our office will aggressively investigate those who seek to unlawfully profit from that relationship.”
Chris D. Hendrickson, Special Agent in Charge of the Department of Defense, Defense Criminal Investigative Service, stated:      “The government’s settlement agreements with Coast show the continued dedication by the Defense Criminal Investigative Service and the Department of Justice to protect those funds entrusted to the U.S. military. Overcharging the Department of Defense is always reprehensible because it drains precious funds and resources necessary to protect America’s warfighters. The Defense Criminal Investigative Service will continue to investigate any individual or business who pursues personal enrichment at the expense of U.S. taxpayers.”
There is no allegation that the fruits and vegetables supplied by the company were unsatisfactory in quality. Coast Produce agreed to the civil settlement without admitting any wrongdoing. As to the criminal Deferred Prosecution Agreement, Coast admitted the facts attached to the DPA, but did not admit that it committed any crime.
The government’s investigation was conducted by the Defense Criminal Investigative Service, assisted by the U.S. Army Criminal Investigation Command and the U.S. Department of Agriculture’s Office of Inspector General. 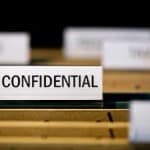 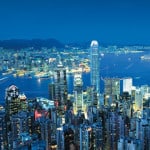