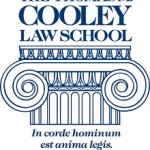 Decision Rejects Cooley Law School’s Attempt to Squelch Debate About t
he Value of a Cooley Law Degree
The Thomas M. Cooley Law School (“Cooley”) today lost
its “defamation” action against the lawyers who represented twelve Cooley alumni who sued the school for disseminating misleading information about the employment outcomes for Cooley graduates. The twelve graduates alleged that Cooley’s employment data purporting that between 76% and 81% of its graduates were “employed” within nine months of graduation was misleading and false. In fact, only 28.8% of Cooley’s class of 2012 reported being employed in full time permanent jobs in the legal industry within nine
months of graduation, which includes 44 solo practitioners. This is substantially worse than the overall rate of full time permanent employm
ent requiring a law degree for graduates of the class of 2012, which stood at 56%.
Jesse Strauss, founder of the New York City based commercial litigation and class action law firm Strauss Law PLLC and one of the lawyers who
represented seventy five graduates around the nation suing fourteen different schools for disseminating similar misleading employment data made following statement:
“We regard this as a victory for free speech. From the beginning we saw
this lawsuit as nothing more than an attempt to harasses and intimidate us
into abandoning our clients and their important claims agai
nst Cooley.
We are happy that the Court saw this lawsuit for what it was and dismissed it. However, on behalf of our twelve Cooley clients who are Cooley alumni we are disappointed that Cooley chose to incur substantial legal fees on this meritless suit rather than using those funds to help its debt laden graduates in their daunting quest for employment in a legal economy where the supply of lawyers far outstrips the de mand for legal services. Notably, while we sued 14 schools around the nation, Cooley was the only one which sued us in a clumsy attempt to prevent debate regarding this important issue. It should have known better.”

Mr. Strauss added that David Anziska and he were only retain
ed by their twelve Cooley clients after Cooley publically announced its “defamation” action in July of 2011, and credit Cooley’s lawsuit as the reason why their twelve clients chose to retain them to sue Cooley. Mr. Strauss and Mr. Anziska sued Cooley in August 2011.
Their local counsel was Steven Hyder, a Cooley alumnus.