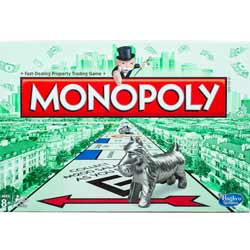 Richard A. Powers recently was named the U.S. Department of Justice Antitrust Division’s acting deputy assistant attorney general for criminal enforcement, a role he is expected to take on permanently. Because he is a career attorney and not a political appointee, Powers could stay in the role for an extended period of time — well beyond this administration.

For the past three or so years, Powers has been a trial attorney in
the DOJ’s Criminal Division, Fraud Section, where he has handled
several fraud cases related to the financial services industry. Prior to
his stint in the Criminal Division, Powers served as a trial attorney
for six years in the Atlanta and New York field offices of the Antitrust
Division. While Powers was in Atlanta, the Antitrust Division charged
several executives of Japanese airlines in the air cargo price-fixing
investigation that spanned the late 2000s and resulted in significant
guilty pleas and fines. He brought the first bid-rigging charges in the
still-ongoing public real estate foreclosure auction investigation.
Powers also focused on conspiracy and fraud matters in the financial
services industry, including the investigation into manipulation of
municipal bonds and Libor.

As part of this investigation, Powers
worked on teams that tried and secured convictions of several
individuals, secured guilty pleas from three banks and oversaw
deferred prosecution agreements with two other banks. Powers
joined the Antitrust Division out of law school in 2009.

This is the first time since the early 2000s that the position has been
filled from outside the Antitrust Division ranks. Powers will bring
with him his Criminal Division enforcement experience, which differs
in some respects from Antitrust Division practices. The two divisions’
approaches differ in that the Antitrust Division offers a highly
successful leniency program that provides complete amnesty for a
company and any employee who blows the whistle on price-fixing
and market allocation conspiracies.

In its third decade, the leniency program is responsible for the
Antitrust Division’s success in uncovering and prosecuting dozens of
international conspiracies resulting in billions of dollars of fines. It is
successful because it is transparent and predictable. Companies and
employees seeking leniency know they will be immune from
prosecution as long as they cooperate fully. Even when — as
frequently happens — a company and culpable employees do not
qualify for leniency because a co-conspirator already obtained
leniency for informing on their involvement in one conspiracy, they
may be immune from prosecution in additional conspiracies that
they self-report. The Antitrust Division calls this “leniency plus.”
Under those circumstances, the company and employees receive
reduced sentences for the first conspiracy if they plead guilty and
amnesty for any additional conspiracies, subject to their full
cooperation.

In contrast, the Criminal Division has no leniency program.
Companies and individuals are expected to cooperate fully in
investigations but often remain subject to prosecution. Moreover, in
the era of the Yates memorandum, companies receive no credit for
cooperation unless they disclose all factual information about all
employees involved in the alleged conduct. This may cause a breakdown in cooperation
between an employer, who needs information to cooperate, and an employee, who may
incriminate himself by providing information. In antitrust investigations, the leniency
program incentivizes employers and employees to cooperate together.

The Criminal Division also is more likely than the Antitrust Division to requuire companies to
waive attorney-client privilege on subjects of interest as part of their cooperation. The
Antitrust Division tends to avoid waiver requests, understanding that waiver will render the
information discoverable and disadvantage a company in the inevitable follow-on private
class actions.

Despite Powers’ experience in the Criminal Division and with its different procedures, we
do not expect a significant policy shift in the Antitrust Division. The leniency program,
thanks in particular to companies and individuals that take advantage of “leniency plus,”
uncovers often hard-to-detect conspiracies and results in high rates of corporate guilty
pleas in many investigations. The Antitrust Division’s policy of recommending short prison
sentences has also caused many individuals to opt for guilty pleas rather than risk criminal
trial. The Antitrust Division is not likely to alter its successful enforcement practices in any
meaningful way.

Powers begins his tenure in the midst of a few high-profile criminal enforcement efforts.
Assistant Attorney General for Antitrust Makan Delrahim made clear earlier this year that
the Antitrust Division will, for the first time, criminally prosecute companies and individuals
that enter into “naked” no-poaching or wage-fixing agreements. These are agreements
among companies not to hire employees away from each other or not to compete on
salaries if those agreements are not connected to a legitimate collaboration like a joint
venture or merger discussion. The Antitrust Division now plans to treat such “naked”
agreements like price-fixing or market allocation conspiracies. If the Antitrust Division
brings charges, Powers and staff will have to decide how to determine the “volume of
commerce” affected by the alleged agreement to calculate fines. Powers also will grapple
with whether to require at least a short prison term for individuals pleading guilty, as the
Antitrust Division does as a matter of policy in price-fixing cases.

Criminal enforcement in the health care industry has and will continue to be a top priority
for the Antitrust Division. Since 2014, the Antitrust Division has been investigating
potential price-fixing and market allocation in the generic pharmaceuticals industry. The
investigation is wide-ranging and has prompted follow-on private and state attorneys
general civil actions against 29 manufacturers for alleged conspiracies affecting 30 drugs.
After four years of investigation, however, only two executives — and no companies —
have agreed to plead guilty.

Given the leniency program’s incentives to self-report illegal
conduct, the lack of guilty pleas four years into a price-fixing investigation is unusual.
Earlier this year, Delrahim suggested that civil suits seeking federal government agency
damages are a possibility. Powers likely will play a significant role in assessing the status
of the investigation and its future direction.