LawFuel’s recent article on alternative careers for those with legal qualifications saw huge interest – which might say something about the current law job market – but a recent article in Tagata Pacifika took a look at criminal lawyer-turned-childrens’ author Rein Vaai, who has published a series of books designed to encourage children to think about their careers.

The Doctor, The Baker and The Detective follow on from her first children’s book, The Inventor which was released in 2018 has lead to the new books in her ‘Read With Me’ series.

“Each book I’ve written is based on a Pacific child talking about what they want to be when they grow up.”

But the more hard-edged world of criminal law has influenced Vaai in her writing so that she avoids what she terms  “fluffy and superficial” topics, instead striving to write stories which contained aspirational and inspirational messages for her young readers.

“I usually meet them as adults, many years later, as defendants in the criminal justice system. Crime is linked to so many different issues and when I sit across from people in prison or in Court, I always wonder whether we can actually target a lot of these issues much earlier in people’s lives.”

But the themes she deals with are important for children, too she says.

“I remember when I had a few people tell me that ‘it’s a bit too heavy for a children’s book’.”

“The first thing that I thought was, ‘Wow. What a privilege it must be to be able to turn a blind eye to the issues that our children are facing’. Children are living in damp homes, undergoing surgery for Rheumatic fever and other third world diseases, watching their parents work 12 hour shifts and still not earning a livable wage.”

“What kind of example would I be setting if I asked people to just pretend that these issues didn’t exist, even just for one second?”

She says she’s not ready yet to write about her law stories, but there’s plenty more to write along the themes that are already resonating with her community. 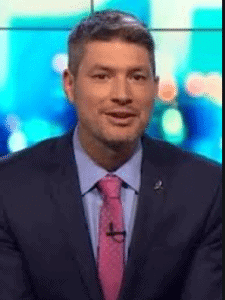