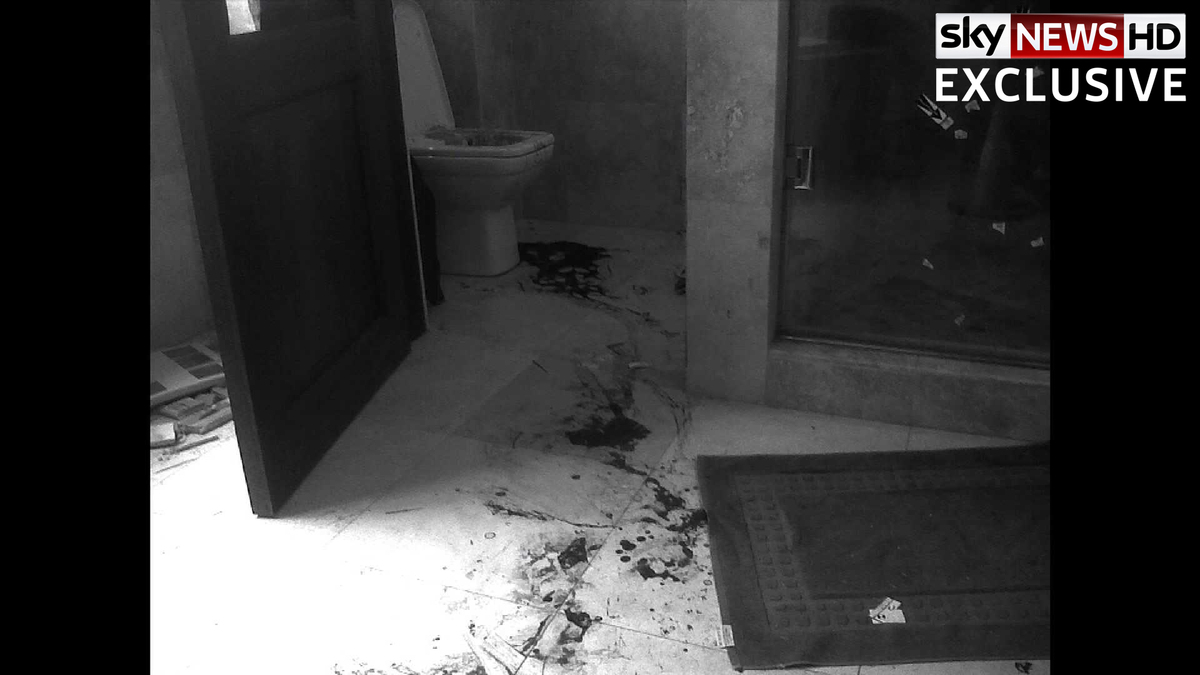 The Oscar Pistorius trial in South Africa has taken on an increasingly CSI flavor with the forensic evidence now being displayed in the case that has transfixed much of the ‘trial watching’ world.

In its second week, the trial of the paraolympian for the alleged murder of girlfriend Reeva Steenkamp has involved all manner of gory detail and crime scene exhibits produced, including evidence from a police expert showing how a cricket bat could be swung with someone wearing prosthetic legs.

The defendant himself found much of the evidence too much, vomiting as he was listening to and trying to avoid watching the grievous wounds inflicted by the gunshots on his deceased girlfriend.

The sprinter admits that he killed Steenkamp, his 29-year-old girlfriend on Valentine’s Day 2013 but says it was a tragic accident rather than premeditated murder.

Pistorius, 27, is pleading not guilty to murder and three other weapons charges.

Prosecution and defense battled all week over the meaning of four types of evidence.

CNN report Steenkamp died of multiple gunshot wounds, including one that passed through her brain from above her right eye to the base of her skull, pathologist Gert Saayman testified.

That wound was probably almost instantly fatal, he said, but either of the two other bullets that hit her in the hip and the right arm could have been fatal on their own, he said. She also had a wound between the fingers of one hand, he explained.

The angle of the bullet that fractured her skull suggested she might not have been standing when she was hit, Saayman said.

The bullets that hit her were hollow-tipped, designed to cause maximum tissue damage, he testified.

Steenkamp was wearing Nike shorts and a black sleeveless top when she died, Saayman said.

There’s no dispute that Pistorius fired the bullets that killed Steenkamp through his bathroom door, so the most important area of debate from the autopsy was the state of food in her stomach.

Saayman said it suggested she had eaten about two hours before she died, which contradicts Pistorius’ version of events that they had been asleep in bed for hours before the killing.

The actual door through which Pistorius fired the bullets into Steenkamp was on display in court for much of the week, a mock-up of the toilet room behind it. Four bullet holes and several other marks in the wood were clearly visible.

Prosecution and defense disagree on whether Pistorius put his legs on before or after bashing the door with a cricket bat to get to his girlfriend.

Police forensic analyst J.G. Vermeulen testified that the angle of the bat marks in the door indicated Pistorius was still on the stumps of his legs at that point, demonstrating in court the angle of the swing.

But the defense disputed his version, with two lawyers from the Pistorius team taking their own swings at the door during a break, then making Vermeulen swing on the door from his knees.

Vermeulen insisted that the stances the defense made him adopt were “unnatural,” to which Roux responded: “Unnatural for you.”

There was also discussion of another mark in the door that Vermeulen said was not from a cricket bat.

The defense says it’s where Pistorius kicked the door with his prosthetic leg before going for his bat. Vermeulen said that was a possibility but refused to accept it was the only explanation. He said he had not tested the mark because his assignment had been only to check the cricket bat marks.

There was also discussion about footprints that appeared on the door in some photos but are not there now.