US law firms continue to announce layoffs with recruiters and others saying more layoffs lie ahead with overcapacity among noneqjuity partners. One of the issues is that lawyers working from home are less reliant upon staff members at law firms.

Altman Weil principal Eric Seeger told Law.com that he has spoken with about three dozen managing partners in the last month, and all are reviewing staffing “with the intention of a head count reduction.”

Similar grim news was announced by Peter Zeughauser of the Zeughauser Group, who told Law360 that law firms are moving resources to strong practice areas and cutting in areas that are less productive and the practice has also served to protect higher-earning rainmaking partners and also to prevent poaching.

The latest law firm to announce layoffs is Skadden, Arps, Slate, Meagher & Flom which is laying off just under 4% of its professional staff across its U.S. offices, a spokesperson said last week.

Nixon Peabody is also reportedly planning to lay off some furloughed staff members, even as other furloughed staffers and lawyers were returning to work. The plans were revealed in a confidential memo that also announced that full salaries would be restored for many staff members.

In addition, Baker + McKenzie are laying off 6 per cent of their workforce in North America and Mexico, including lawyers and other legal professionas. 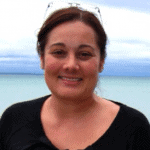 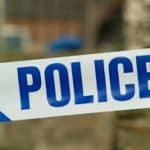