This annual report spotlights top professionals in entertainment, including the leading entertainment attorneys whose recent deals and litigation have changed the landscape of the industry.

Miller, who was featured for the sixth consecutive year, is highly regarded in the industry for his ability to transform the careers of entertainers and remains a trusted adviser to the stars. Miller represented writer-producer Cheo Hodari Coker in his Amazon Studios TV deal, rising star Teyonah Parris from “If Beale Street Could Talk” and Angela Bassett in the Netflix film “Otherhood,” among others. His clients include diverse and visionary individuals and entities, reflecting his commitment to develop multimedia opportunities in today’s industry. Miller told Variety he is most satisfied for having “empowered an army of artists to leverage their personal brands.”

He earned his J.D. from Georgetown University and his B.F.A. from the University of Cincinnati Conservatory of Music.

Simon has established himself as a major player in the independent film and overall entertainment space, representing A-listers, as well as film and television production companies, financiers, producers, directors, writers and other content providers. He represented the executive producers in the record-setting Netflix sale of the documentary “Knock Down the House,” and Joe Pesci in his deal to star in Martin Scorsese’s “The Irishman.” He works with Alec Baldwin’s El Dorado Pictures, Desiree Gruber’s Full Picture Productions on its #MeToo-inspired docuseries “For the Record,” and best-selling author Emily Spivack in negotiations for the Netflix adaptation of “Worn Stories.” Simon told Variety that documentaries not only create “water-cooler moments, but bring forward issues that are affecting the cultural conversation.” 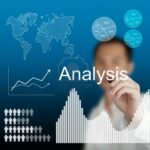 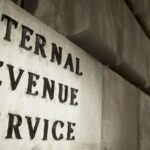