LOS ANGELES – The daughter of a Mexican Mafia member who acted as the conduit between her father and South Los Angeles street gangs he controlled from state prison was sentenced today to 15 years in federal prison on racketeering charges.

Roman, who is the daughter of Mexican Mafia member Danny Roman, pleaded guilty last May to racketeering, narcotics, and weapons offenses, while admitting that she acted as the street-level proxy for her father, carrying out his orders as he exercised control over Harpys and other street gangs. Danny Roman is serving a life-without-parole sentence at Pelican Bay State Prison and was not charged in the federal RICO case.

The “shotcaller” of the Harpys gang – Manuel Valencia, 38, of Walnut – was sentenced on March 2 to 27 years in federal prison. Valencia pleaded guilty last May to racketeering and drug trafficking charges for his role in orchestrating the day-to-day activities of the gang. Valencia specifically admitted that he oversaw and participated in gang activities, which included conspiracy to murder and violent retaliation against the gang’s rivals, issuing orders to gang members regarding violence such as drive-by shootings, collecting “taxes” from drug dealers who were allowed to operate in gang territory, and engaging in drug trafficking.

The Harpys gang, which claims territory southwest of downtown Los Angeles and north of the University of Southern California, is one of more than a dozen Latino gangs across a wide swath of South Los Angeles that was overseen by Vianna Roman on behalf of her father.

According to court documents, Vianna Roman and Valencia orchestrated a scheme that allowed Danny Roman to continue to continue to control the activities of the street gangs from the Special Housing Unit of Pelican Bay State Prison. Vianna Roman used coded language to pass information to and received orders from her father during trips to the Pelican Bay prison in Northern California. Vianna Roman passed the orders to Valencia and other high-ranking members of Harpys, who oversaw violent conduct and drug trafficking within both Harpys territory and the broader area controlled by Danny Roman. Valencia controlled and enforced the collection of tax payments from Latino gangs under Danny Roman’s control and issued orders to other gangs regarding drug sales and the use of violence.

Today’s sentencing of Vianna Roman concludes a federal case targeting the Harpys gangs that was brought under the federal Racketeer-Influences and Corrupt Organizations Act. The RICO case charged a total of 29 defendants, 25 of whom have now been convicted and sentenced. Three of the charged defendants are fugitives, and charges against one were dismissed following his conviction of first-degree murder in Los Angeles Superior Court.

According to court documents, Danny Roman oversaw gang activity by giving orders that directed gang members to engage in criminal conduct, including the murder of rival gang and Mexican Mafia members, and the extortion of businesses and gangs to generate income that was funneled back to Danny Roman in state prison. The Harpys gang collected taxes and other extortionate payments through threats of violence, including murder. Acting under Danny Roman’s authority, Vianna Roman and Valencia orchestrated the extortion of vendors at the Alameda Swap Meet, which is outside of Harpys territory but within the area controlled by Danny Roman. The Alameda Swap Meet was in territory controlled by the 38th Street gang, another gang under the control of Danny Roman.

In addition to outlining Danny Roman’s control of the Harpys and of other gangs in South Los Angeles, the RICO indictment charged specific criminal acts, including the distribution of methamphetamine, cocaine, crack cocaine and heroin; the murder of a gang member over a drug debt; robberies against residents and rival gang members; and conspiracies to commit murder, including a plot to kill a witness in a state court case against a member of another gang.

The investigation into members of the Harpys and the other street gangs was called Operation “Roman Empire” and was conducted by the Los Angeles High Intensity Drug Trafficking Area (HIDTA) Task Force, which is comprised of officers with the Los Angeles Police Department and agents with the Drug Enforcement Administration. 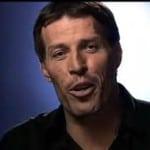 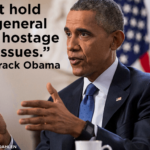