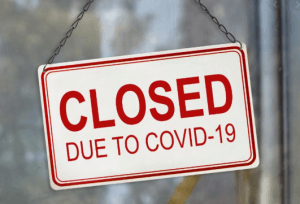 Audrey Strauss, the Acting United States Attorney for the Southern District of New York, Amaleka McCall-Brathwaite, Eastern Region Special Agent-in-Charge of the Office of the Inspector General of the U.S. Small Business Administration (“SBA-OIG”), William F. Sweeney Jr., Assistant Director-in-Charge of the New York Office of the Federal Bureau of Investigation (“FBI”), and Jonathan D. Larsen, Special Agent in Charge of the New York Field Office of the Internal Revenue Service, Criminal Investigation (“IRS-CI”), announced today the arrests of NGOC MANH NGUYEN, a/k/a “Peter Nguyen,” VICTORIA DIEUY HO, a/k/a “Vicky Ho,” and DAT TAT HO for a fraudulent scheme to obtain over $13 million in Government-guaranteed loans designed to provide relief to small businesses during the novel coronavirus/COVID-19 pandemic.  In connection with loan applications for COVID-19 relief available from the Paycheck Protection Program (“PPP”) of the SBA, the defendants falsely and grossly overstated the number of employees and payroll at their nail salons and other businesses through fraudulent and doctored payroll and tax records in order to obtain larger loans.  The defendants were arrested this morning.  VICTORIA HO will be presented tomorrow in Manhattan federal court before U.S. Magistrate Judge Sarah Netburn.  NGUYEN and DAT HO will be presented in United States District Court for the Eastern District of New York in connection with these and other unrelated charges.

Acting U.S. Attorney Audrey Strauss said:  “As alleged, these defendants conspired to rip off the SBA’s COVID-relief small business loan program and financial institutions by lying about how many people they employed in their family business and how much they paid those employees.  They allegedly exploited a program designed to provide vital funding for small businesses that are legitimately struggling in the midst of the pandemic.  Thanks to the combined efforts of the SBA, the FBI, and IRS-CI, the defendants face prosecution.”

SBA-OIG Special Agent-in-Charge Amaleka McCall-Brathwaite said:  “Falsifying documents to fraudulently gain access to SBA program funds is unconscionable.  OIG and its law enforcement partners will relentlessly pursue fraudsters and bring them to justice. I want to thank the U.S. Attorney’s Office and our law enforcement partners for their dedication and commitment to seeing justice served.”

FBI Assistant Director William F. Sweeney Jr said:  “The benefits offered by the CARES Act for PPP loans were established to help small businesses survive during the pandemic. Unfortunately, the owners of Victoria Nails & Spa saw this program as their own personal piggy bank. Allegedly misrepresenting the number of employees on their payroll to obtain the funding, they deposited this money into accounts controlled solely by them. When the bank froze the funds, they froze as well, conducting Internet searches for topics related to PPP fraud. Today’s Internet search for ‘PPP Loan Fraud Arrests’ will certainly produce an unwanted result – one that includes the name of their company leading the headlines.”

IRS-CI Special Agent in Charge Jonathan D. Larsen said:  “In this difficult time when many Americans are struggling financially, it is repugnant that there are those who would fraudulently take advantage of relief efforts offered.  IRS-Criminal Investigation remains dedicated to working with our law enforcement partners to ensure that these types of fraud are investigated and the offenders are punished to the fullest extent of the law.”

According to the allegations contained in the Complaint[1] unsealed today in Manhattan federal court:

The Coronavirus Aid, Relief, and Economic Security (“CARES”) Act is a federal law enacted on March 29, 2020, designed to provide emergency financial assistance to the millions of Americans who are suffering the economic effects caused by the COVID-19 pandemic.  One source of relief provided by the CARES Act was the authorization of hundreds of billions of dollars in forgivable loans to small businesses for job retention and certain other expenses through the SBA’s PPP.  Pursuant to the CARES Act, the amount of PPP funds a business is eligible to receive is determined by the number of employees employed by the business and their average payroll costs.  Businesses applying for a PPP loan must provide documentation to confirm that they have previously paid employees the compensation represented in the loan application.

NGUYEN, VICTORIA HO, and DAT HO are members of a family that owns a chain of over 15 nail salons called “Victoria Nails & Spa” and other companies (the “Victoria Companies”) in or around the New York metropolitan area, including the Bronx, Brooklyn, and Long Island.  From at least in or about April 2020 through at least in or about June 2020, NGUYEN, VICTORIA HO, and DAT HO engaged in a scheme to submit online applications to at least two financial institutions for a total of over $13 million in government-guaranteed loans for the Victoria Companies through the SBA’s PPP.  In connection with these loan applications, the defendants falsely and grossly overstated the number of employees at the Victoria Companies and wages paid to those employees in order to obtain larger loans.  In order to support the false representations in the loan applications about the number of employees at, and the wages paid by, the Victoria Companies, the defendants submitted fraudulent and doctored payroll and tax records.  In addition, the defendants falsely listed the same employees in applications for different nail salons to support the loan amounts applied for, and some purported employees were listed as employees of as many as seven different nail salons during the same time period.

Based on the fraudulent PPP loan applications submitted by NGUYEN, VICTORIA HO, and DAT HO, a total of more than $13 million in PPP loans were approved for the Victoria Companies and approximately $7.8 million in loan proceeds were disbursed into bank accounts controlled by NGUYEN, DAT HO, and other family members.  After the defendants learned that a hold was placed on bank accounts of the Victoria Companies that received PPP loans issued by one financial institution due to suspicion of fraudulent activity, one of the defendants conducted Internet searches for “PPP Fraud,” “PPP Loan Fraud Arrests,” and “How to get rid of a PPP Loan.”  The defendants thereafter withdrew the applications for and/or repaid the PPP loans for the Victoria Companies issued by that financial institution.

The prosecution of this case is being handled by the Office’s Complex Frauds and Cybercrime Unit.  Assistant United States Attorneys Michael C. McGinnis and Sagar K. Ravi are in charge of the prosecution.

The charges contained in the complaint are merely accusations, and the defendants are presumed innocent unless and until proven guilty.