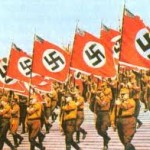 LawFuel.com – Law News Daily – Preet Bharara, the United States Attorney for the Southern District of New York, announced that POLINA STAROSELETSKY and ASYA GALINDO pled guilty today in Manhattan federal court to conspiring to defraud programs administered by the Conference on Jewish Material Claims Against Germany, Inc. (the “Claims Conference”), established to aid the survivors of Nazi persecution, out of more than $57 million.
STAROSELETSKY was arrested in November 2010, and GALINDO was arrested in October 2011, as part of an ongoing investigation that has resulted in charges against a total of 31 defendants, 10 of whom were former Claims Conference employees, including a former director.  STAROSELETSKY pled guilty before U.S. District Judge Thomas P. Griesa, and GALINDO pled guilty before U.S. Magistrate Judge Sarah Netburn.