You are here: Home / Latest News / A Dentons-McKenna Tie-Up A Done Deal?

A deal between McKenna Long & Aldridge and Dentons to merge their international law operations is likely to be done and dusted by January 1 2014 according to sources.

The firms together employ over 3000 lawyers and in a statement for information about the merger, representatives from the firms said

“Since creating Dentons earlier this year, we have been very clear in our determination to always deepen our capabilities to serve clients in the U.S. and around the world,” Dentons said in its statement, citing the completion of the three-way merger earlier this year between SNR Denton, Canadian firm Fraser Miler Casgrain, and European firm Salans.

“This has included discussions with firms and lawyers for whom we have great respect and share common goals. McKenna Long & Aldridge is one such firm, having built in the U.S., Europe, and Asia a very admirable team of lawyers and professionals with whom many of our people have worked for years.”

In the Dentons statement issued to AmLaw Daily, they were highly complimentary of McKenna Long’s work in insurance, government contracts and what they termed the “enhanced California team”, which resulted from the merger with Luce, Forward, Hamilton Scripps last year.

AmLaw Daily reported: McKenna Long said that it continues to explore “strategic opportunities that enhance the value of our practices and services, while expanding our geographic reach.” The firm  said it has “ongoing discussions” with various firms and groups of lawyers.

“Dentons, with 75 locations in more than 50 countries and a commitment to delivering creative, dynamic business and legal solutions, is one such firm,” McKenna Long said in its statement. “While we continue to have discussions about the future, we do not have a relationship to announce.”

McKenna Long had its annual partnership retreat in Los Angeles this past Friday and Saturday. The firm, a product of a 2002 merger between Atlanta-based Long Aldridge & Norman and Washington, D.C.–based McKenna & Cuneo, is known for its strong political connections.

McKenna Long saw its gross revenue jump 23.4 percent in 2012 to $345 million, while its profits per partner dipped 3.6 percent to $930,000, according to The American Lawyer‘s annual Am Law 100 reporting. The firm became the latest Am Law 100 shop to open an office in Seoul earlier this year and recently announced plans for another outpost in Shanghai, according to sibling publication The Asian Lawyer.
Read more: http://www.americanlawyer.com/PubArticleALD.jsp?id=1202621495107&Dentons_McKenna_Long_Confirm_Merger_Talks#ixzz2g2GatLh0
http://trkur.com/trk?o=5655&p=98198 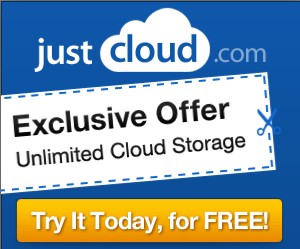