The Firm is evaluating Byetta lawsuits and other product liability claims on behalf of individuals who allegedly developed pancreatic cancer, pancreatitis or thyroid cancer caused by incretin mimetic diabetes medications. 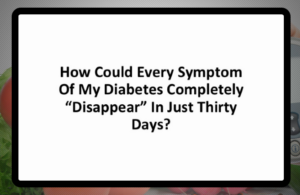 A status conference in the federal litigation that includes numerous Byetta lawsuits (http://www.byettalawsuit2013.com/), as well as  claims filed over similar diabetes drugs, will take place this month in the Southern District of California, Bernstein Liebhard LLP reports.

Parties involved in the proceeding have been ordered to convene on December 11, 2014 in the U.S. District Court, Southern District of California to discuss matters related to claims over a class of Type 2 diabetes medications referred to as incretin mimetics. Plaintiffs in these cases allege pancreatitis, pancreatic cancer and thyroid cancer caused by Byetta, Victoza, Januvia and other products, the risk for which they claim to have been adequately warned about by their manufacturers. (In Re: Incretins Products Liability, Sales and Marketing Litigation, MDL 2452)

“We are pleased to see the federal incretin mimetics litigation is continuing to move forward, as our Firm continues to hear from individuals who allege serious injuries caused by Byetta and other diabetes medications,” says Bernstein Liebhard LLP, a nationwide law firm representing victims of defective medical devices and drugs. The Firm is offering free and confidential case evaluations to individuals who were allegedly harmed by Byetta.

According to court documents, more than 540 federal lawsuits involving incretin mimetics have now been filed in the U.S. District Court, Southern District of California, on behalf of individuals who claim to have suffered pancreatic injuries caused by the medications. The number of claims filed in this proceeding has increased substantially since March 2013, when the U.S. Food and Drug Administration (FDA) warned that a previously unpublished study had found precancerous changes in the pancreatic cells of people taking products similar to Byetta, Victoza and Januvia. Although the medications’ link to cancer had not been confirmed, the FDA told the public at the time that its review was ongoing.

Aside from the hundreds of diabetes drug lawsuits now pending at the federal court level, recent records show a number of additional claims now filed in a litigation underway in California Superior Court. (In re: Byetta Cases, JCCP No. 4574) Several Byetta lawsuits have also been settled by its manufacturer, officials for AstraZeneca reported in July.*

Individuals who developed pancreatitis, pancreatic cancer or thyroid cancer after taking Byetta or another incretin mimetic may be entitled to compensation for injury-related damages. Learn more about the possible link between Byetta and pancreatic cancer when you visit Bernstein Liebhard LLP’s website. For a free legal review, please call 800-511-5092.

As a result, our attorneys and legal staff have been able to recover more than $3 billion on behalf of our clients. The Firm has been named by The National Law Journal to the Plaintiffs Hot List, recognizing the top plaintiffs firms in the country, for the past 12 consecutive years. Bernstein Liebhard LLP is the only firm in the country to be named to this prestigious list every year since it was first published in 2003