This study’s publication comes as thousands of Lipitor lawsuits that allege the statin medication caused Type 2 diabetes continue to move through U.S. courts.

As Lipitor lawsuits (http://www.lipitorlawsuitcenter.com/) continue to move forward in U.S. courts, Bernstein Liebhard LLP notes the release of a new study that suggests another cholesterol-lowering drug might be an appropriate alternative to statins, the class of medications that includes Lipitor. According to the Associated Press, research presented earlier this month at the annual scientific meeting of the American Heart Association found that the risk of heart attack could be reduce when Zetia, which works via a different mechanism than statins, was used to lower LDL, or bad, cholesterol. *

Zetia, which was developed by Merck & Co., is sold as a stand-alone drug, and is one of the active ingredients in Vytorin. The lead author of the six-year, 18,000 patient study noted that its findings were especially relevant to patients who are unable to tolerate statins like Lipitor, the Associated Press said.

“The release of this study comes as thousands of Lipitor lawsuits are moving through federal court, all of which allege the drug increases the risk of Type 2 diabetes. Statins like Lipitor can cause some serious complications, so the availability of an alternative medication that provides the same benefits would be welcome,” says Bernstein Liebhard LLP, a nationwide law firm representing victims of defective drugs and medical devices. The Firm is currently offering free and confidential case reviews to individuals who may have been harmed by Lipitor.

In February 2012, the U.S. Food & Drug Administration (FDA) announced that the labels for Lipitor and other statins would be updated to include new information about their potential association with Type 2 diabetes. The announcement followed the publication of a study in JAMA: Internal Medicine the previous month which suggested that post-menopausal women treated with statins faced an increased risk of developing new-onset Type 2 diabetes. *

Since then, more than 1,400 Lipitor lawsuits have been filed in a federal multidistrict litigation now underway in U.S. District Court, District of South Carolina, all which accuse Pfizer Inc. of concealing information about the drug’s association with diabetes in order to protect sales of the medication. Plaintiffs further allege that the label modifications made by Pfizer to comply with the FDA’s 2012 order do not adequately warn patients about the potential increased risk of diabetes. (In re Lipitor (Atorvastatin) Litigation, MDL No. 2502)

Lipitor patients who allegedly developed Type 2 diabetes due to this medication’s side effects may be entitled to compensation for medical bills, lost wages, pain and suffering and more. To learn more about filing a Lipitor lawsuit, please visit Bernstein Liebhard LLP’s website. To arrange for a free case review, please call 800-511-5092.

About Bernstein Liebhard LLP
Bernstein Liebhard LLP is a New York-based law firm exclusively representing injured persons in complex individual and class action lawsuits nationwide since 1993, including those who have been harmed by dangerous drugs, defective medical devices and consumer products. The firm has been named by The National Law Journal to the Plaintiffs’ Hot List, recognizing the top plaintiffs firms in the country, for the past 12 consecutive years. Bernstein Liebhard LLP is the only firm in the country to be named to this prestigious list every year since the list was first published in 2003. 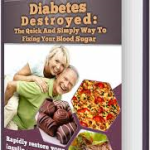