Diet drugs have long created controversy and lawsuits, none more so than fen-phen, which created major side effects.

In fact, with fen-phen the statute of limitations may not yet have run out for some potential claimants, as LawyersandSettlements report. The issue with fen-phen (whose name comes from a combination of fenfluramine and phentermine) was a heightened risk of primary pulmonary hypertension.

Lawsuits were filed with patients claiming they developed primary pulmonary hypertension as a result of their use of the diet drug.

But some patients may have initially filed a lawsuit linked to injuries less serious than primary pulmonary hypertension, only to have their less serious injuries develop into life-threatening conditions.

As recently as 2012, a judge hearing lawsuits regarding fen-phen refused to dismiss those lawsuits from the courts, ruling that there was enough scientific evidence to show that primary pulmonary hypertension could develop more than a decade after the patient took fen-phen. Pfizer Inc – parent company to Wyeth – had argued that there was no evidence that taking fen-phen could cause primary pulmonary hypertension a decade later, and moved to dismiss two lawsuits.

But Judge Bartle ruled that expert testimony for the plaintiffs was based on reasonable medical evidence. As a result, the judge refused to dismiss the lawsuits and further refused to exclude the expert testimony, though he did note that it is up to a jury to determine if taking fen-phen resulted in the development of primary pulmonary hypertension.
The ability of experts to argue that there can be a latency period between the time fen-phen was taken and the time primary pulmonary hypertension develops means that patients who did not suffer injury until well after taking fen-phen may still be eligible to file a lawsuit. In other words, for some patients the statute of limitations on filing a fen-phen lawsuit has not yet run out.

In most situations, the statute of limitations begins running at the point when a patient knows or should have known that the drug did or could cause injury. Patients who were not immediately harmed by fen-phen can still argue they did not know they were injured by the drug until recently and therefore may be able to file a lawsuit. 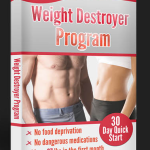