Divorce can be a nasty business, we get that. But when it gets to lawyers explaining just how nasty it gets, then it becomes really ISIS-nasty – beyond belief in its insanity and brutality.

And so when Reddit requested lawyers to tell their war stories, they got ’em. In spades.

And we’ve recounted – courtesy of the editors at AbovetheLaw – some of the best from Ask Reddit’s compilation.

So here we go. Buckle up.

Had a client whose soon-to-be-ex-husband used her email address and phone number to sign her up for every bank, loan, religious, mental illness, and pornographic site he could think of. She was bombarded by people contacting her about her interest in their product/services.

He even put out ads for sex partners on Craigslist with her information. The kicker is that she actually went out with a guy who contacted her!

If I learned anything being a divorce attorney (I no longer practice), it was that if the opposing party sounded like a nutcase, I would soon see the nutcase come out of my own client. Normal people don’t just accidentally marry crazies (not often)!

This might be the best observation of the whole thread — there’s rarely only one crazy in a divorce proceeding. As they say, it takes two the run up thousands of dollars in bills over petty disagreements:

I once represented a client from a divorcing couple who still lived together pending the sale of the family home but would not speak to one another for any reason whatsoever. Had to negotiate terms with opposing counsel for the sharing of refrigerator space.

Oh, to be a fly on the wall of that call between opposing counsel.

Lawyer 1: Hey, Larry, it’s Carol, look, my client just ordered some Chinese takeout and needs storage for Kung Pao, fried rice, and one egg roll.
Lawyer 2: We can give you the Kung Pao and fried rice, but the egg roll is a non-starter.
Lawyer 1: We keep the egg roll, but your client gets full access to the Crisper for the next week.
Lawyer 2: Two weeks.
Lawyer 1: Fine. How much money did we just collectively bill?

But sometimes it’s not about the money for these people:

Had a husband and wife go toe to toe over an ashtray they got in Vegas at some point (neither smoked strangely enough). Spent nearly $5,000 for me an another attorney to duke it out in court over the silly thing. Prior to proceeding, I explained what the cost would be for to argue over something silly like this and that he could give me $2,500 and I would fly to Vegas for the weekend and get him an identical one instead. He said he didn’t care about the costs because he intended to smash it on the courthouse steps in front of her if we won. We won and he followed through with the smashing. He laughed and said the look on her face was worth much more than $2,500. People get crazy in divorce proceedings!

At least it was a worthless ashtray. Here’s a story with basically the same premise, but much, much worse:

One of my co-workers had a case where the ex was awarded the couples’ dog in the divorce only to have it euthanized just so the other would suffer more.

On the lighter side, one user raised the famous Beanie Baby divorce:

Nov 5, 1999, Las Vegas, Nevada, USA: Attorney Frank Totti looks over papers while his client Frances Mountain sorts out Beanie Babies with her ex-husband Harold Mountain in Judge Gerald Hardcastle’s Family Courtroom in Las Vegas November 5. The couple, who were divorced four months ago, were ordered to divide up the collection valued at $2,500 to $5000 but were unable to do so by themselves. The collection was ordered spread on the court floor and divided up one by one under the supervision of Family Court Judge Hardcastle.

Maple the Bear was the first to go.

Remember, tech stocks weren’t the only bubble of the 90s.

Speaking of the 90s:

[M]y favorite story was a wife armed with dozens of photographs, police reports, domestic violence injunctions, and a best friend eyewitness to corroborate the brutal physical abuse inflicted upon her by the husband over the previous however-many-months.

However, in an unexpected twist of fate, their home security cameras caught her inflicting injuries upon herself on a handful of occasions… including the time the cameras caught punches being thrown by the best friend eyewitness.

For the initial hearing, I was incredibly tempted to have the ‘Price is Right’ horns ready to play on my phone.

The first rule of Fight Club is you do not talk about Fight Club.

[M]y brother is a divorce attorney. His most memorable case, he was representing a guy in a divorce custody battle who was accused of horrific child abuse. Very graphic, very detailed depositions from the young kids against daddy. Things look grim.

Then my brother, a failed actor, notices the deposition transcript (done by social workers under oath) contains a question at the end from one of the kids “Did I hit my marks?” He wonders how little kids know about acting jargon. Subpoenas wife’s personal checking acct during discovery, sure enough, acting lessons.

Deposes an extremely sketchy “acting coach”, and panicked coach produces DVDs of “practice interrogations” with the kids, hours of coaching the kids on exactly what imaginary things to say about daddy.

He says it was his one and only “Perry Mason moment” in 20+ years of practice, and Dad got sole custody of the kids.

* Larry gave evidence that, less than one month later, Catherine “Tried to run me over with her van.” [See Note 6 below] Note 6: This is always a telltale sign that a husband and wife are drifting apart.

* The New Shorter Oxford English Dictionary defines “dickhead” as “a stupid person.” That would not have been my first guess.

Finally, one Redditor dropped this witticism. Not sure I agree, but it’s wraps up this discussion nicely: 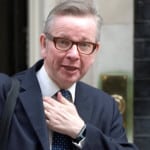 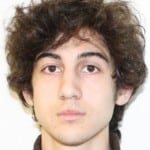