The International Labour Organization estimates that at any time there are approximately 40 million people in modern slavery. This may be a shocking fact for many given it is the year 2021 and the developed world we live in. To combat these sad statistics, there has been a proliferation of legislation designed to combat slavery and human trafficking around the globe, with California, the UK and more recently Australia and the European Union leading the way.

Unlike many other developed countries, New Zealand has no accountability legislation requiring transparency in supply chains or operations. This means that New Zealand businesses and consumers could unknowingly be directly or indirectly supporting modern slavery. However, pressure is building from businesses and the wider community on the Government to consider introducing a Modern Slavery Act for New Zealand.

What is modern slavery?

The term modern slavery is used to describe situations where coercion, threats or deception are used to exploit victims and undermine or deprive them of their freedom. The nature of modern slavery means it is often hidden in the supply chains and operations of businesses and in the components of the products we purchase as consumers. Modern slavery can also be linked to other crimes and activities that adversely impact human rights, such as corruption and environmental damage.

Is there modern slavery in New Zealand?

An assumption is often made that modern slavery is something that happens in far-off locations, but New Zealand is not immune to such practices. Last year New Zealand saw its first criminal conviction for both human trafficking and slavery in the High Court decision in R v Matamata [2020] NZHC 1829. In that case, the victims were lured from Samoa to New Zealand by the promise of better wages working in horticulture. The Walk Free Foundation estimates one in 150 people are living in modern slavery in New Zealand, Australia and the Pacific region. Recent research by World Vision found New Zealanders spend over NZD3 billion each year on goods implicated in modern slavery.

While modern slavery can occur in every industry and sector, some are more susceptible due to the nature and location of the work. These include agriculture and fisheries, construction, healthcare services, IT services, hospitality, manufacturing, and mining. Similarly, there are also geographic drivers behind modern slavery. Some countries may have higher risks due to poor governance, weak rule of law, weak labour protections, and socio-economic factors like poverty. This is reflected in the research undertaken by World Vision, where more than NZD1 billion of the goods purchased each year by New Zealand households implicated in modern slavery relate to clothing from Bangladesh, China, India, Myanmar, Malaysia, Thailand and Vietnam.

How are New Zealand businesses responding to the call for a Modern Slavery Act?

Earlier in the year an open letter was presented to the Government by 85 well known New Zealand businesses, including Countdown, Kathmandu, Noel Leeming, Datacom, and The Warehouse, expressing their support for progressing the work required for a Modern Slavery Act – since then further businesses have signed on including MinterEllisonRuddWatts. In June, a petition with more than 37,000 signatures was presented to Parliament, calling on the Government to do its part to end modern slavery by introducing a Modern Slavery Act.

There is a growing acknowledgement that modern slavery is often hidden through the components that find their way into the supply chains and operations of New Zealand businesses and the products we purchase as consumers, and the need to bring all New Zealanders on the journey towards addressing modern slavery.

Misconceptions about modern slavery may hinder the conversation about the introduction of legislation in New Zealand. We need to create visibility of the issue – that it’s happening both here in New Zealand and internationally.

“We need to create visibility of the issue – that it’s happening both here in New Zealand and internationally.”

What is the New Zealand Government’s Plan of Action?

New Zealand’s Plan of Action outlines 28 actions government agencies are taking through to 2025. The actions fall under three key pillars: prevention, protection, and enforcement, and cover a wide range of themes, including:

Action 16 requires MBIE to consider introducing legislation requiring businesses to report publicly on transparency in supply chains to help eliminate practices of modern slavery. This action is being championed by Workplace Relations and Safety Minister, Hon Michael Wood, who has convened a Modern Slavery Leadership Advisory Group. The Group is chaired by Rob Fyfe and we understand that it will formally advise the Minister on the best way of addressing modern slavery with a decision on whether to move forward with legislation before the end of the year.

What is happening overseas?

We are seeing a general increase in demand from regulators, business partners and consumers for more sustainable supply chains – both environmental and social sustainability. This trend is increasingly requiring businesses to address issues of modern slavery in their supply chains. The number of jurisdictions that require businesses to either identify modern slavery risks in their supply chains, take steps to mitigate such risks, or make public disclosures is increasing as governments seek to fulfil their commitments under international agreements.

Inspired by supply chain reporting requirements introduced in California in 2012, the United Kingdom introduced transparency disclosure and reporting obligations in supply chains in 2015. Australia followed suit and implemented a similar framework in 2018. The EU and Canada are also set to introduce similar regimes.

The Australian reporting requirements are currently more prescriptive than the UK equivalent. The regime requires businesses that meet the reporting threshold to describe what they are doing to assess and address modern slavery risks in their global and domestic operations and supply chains, including how they measure the effectiveness of the actions they are taking. Last year the UK Government announced it will introduce similar compulsory reporting requirements. Once implemented, such changes will help harmonise the UK and Australian disclosure and reporting frameworks.

However, one criticism of both regimes is there are no penalties for failing to report – instead relying on voluntary compliance and ‘naming and shaming’ those businesses that fail to report. This is an area New Zealand could take a different approach on when developing its own modern slavery legislation. This should not be confused with condemning businesses when they do report on instances of modern slavery.

The ultimate goal is to encourage businesses to look into their supply chains and operations and be transparent about any instances of modern slavery they might find – so that they can work with and support their suppliers to eliminate those practices. We should celebrate businesses that have taken action and identified (and dealt with) modern slavery in their supply chains and operations. Condemning them in the media will not encourage others to take similar action.

Addressing modern slavery is about demonstrating progress and continual improvement, not perfection – we would be naïve to believe that there is no modern slavery in any of our supply chains and operations. The challenge is to start taking action. There are some practical steps you can take now to address modern slavery risks including:

Why should you act now?

We are also seeing a growing expectation that where businesses are caught by modern slavery obligations in one jurisdiction, that modern slavery will be addressed in all the jurisdictions those businesses operate in. This pressure is only going to continue to grow as investors, consumers, and society expect businesses to be doing something or at least thinking about how to address modern slavery. Given consumer focus across environmental and social issues, we consider that this is an area that businesses should act on now. 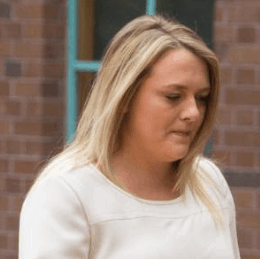 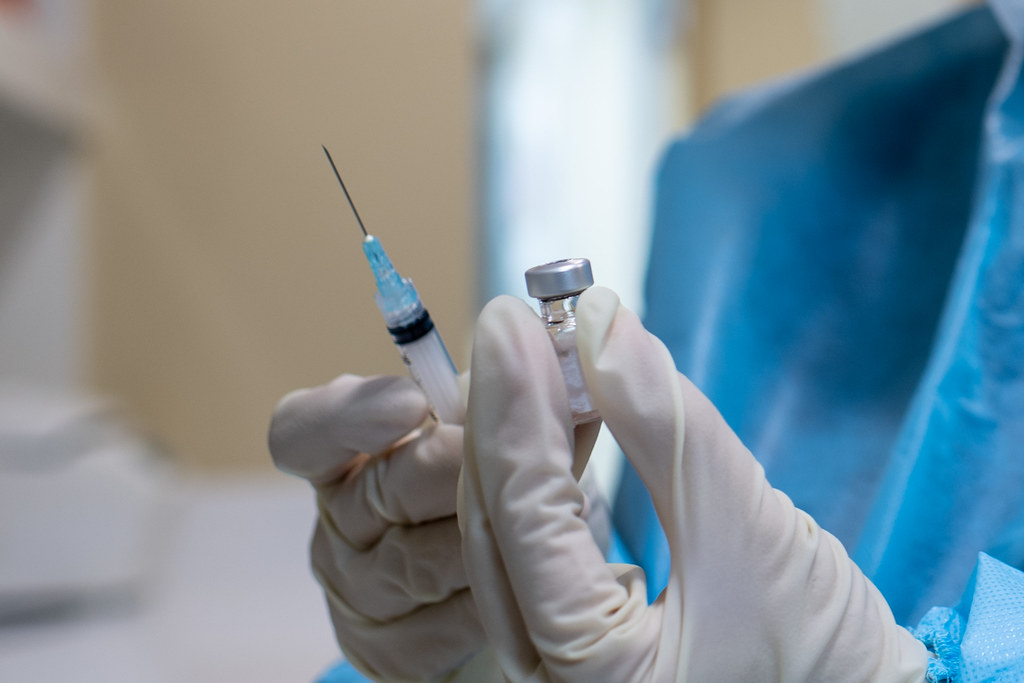 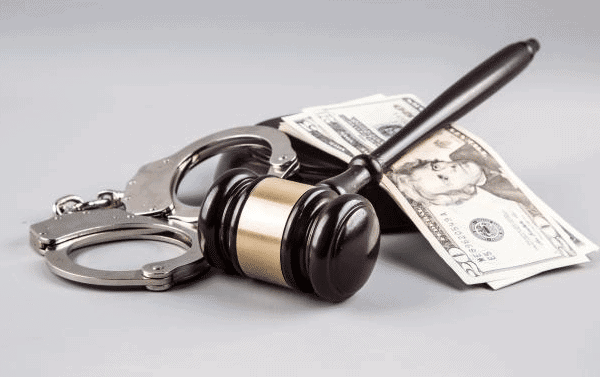 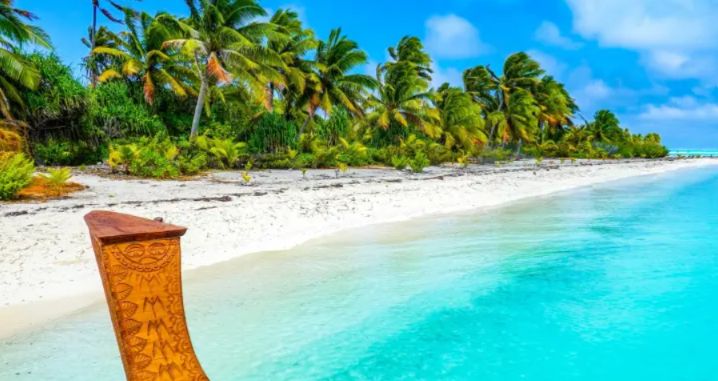