LOS ANGELES – A doctor who operated a medical clinic in Lynwood has been found guilty of drug-trafficking charges after a federal jury found that he issued prescriptions for powerful narcotics and sedatives without a medical purpose for mostly young “patients” who sometimes traveled more than 100 miles to get prescriptions.

Prosecutors presented evidence at trial from a California database that tracks prescriptions and “confirms [Ridgill]’s predatory prescribing,” according to court documents that describe young “patients” traveling from Victorville, Palmdale and Desert Hot Springs to obtain prescriptions.

The jury heard that, in 2014 alone, Ridgill wrote nearly 9,000 prescriptions, and 95 percent of those prescriptions were for hydrocodone, alprazolam and carisoprodol, typically for the maximum strength. “The combination of these three drugs is the most sought-after drug cocktail on the black market, and one for which there is no legitimate medical purpose,” prosecutors said in a court filing.

Jurors in the case heard testimony about undercover DEA operatives who received prescriptions from Ridgill in exchange for cash. According to court documents, the testimony showed that Ridgill’s “initial physical exams were cursory, and far from the fulsome type of exam required to justify prescribing high doses of controlled substances.”

Ridgill is scheduled to be sentenced on March 19 by United States District Judge S. James Otero. As a result of yesterday’s verdicts, Ridgill faces decades in federal prison, including up to 20 years in prison for six of the counts related to distributing hydrocodone.

The prosecution of Ridgill is being handled by Assistant United States Attorneys Catharine A. Richmond and Catherine S. Ahn of the General Crimes Section. 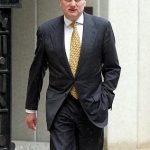 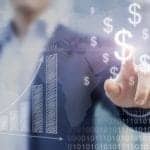